A low of 52 is a whole lot better than a low of 35 which we had this morning. It's too cold to go to exercise swim class, so Sparky went to the fitness center instead and rowed for awhile and used some of the fantastic equipment they have at Sun 'n' Fun's five million dollar fitness center.... 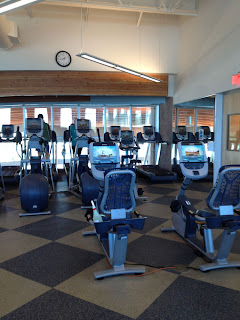 Hey, if you haven't seen Mike Wendland's Roadtreking.com blog, check it out. He's a journalist, recently turned RVer. Sparky really likes his blog and thought you might, too. Lots of different kinds of articles from RVers like yourselves and from Mike along with the story about his travels with his wife, Jennifer, in a Roadtrek RS Class B motorhome. They hit the road in early 2012.

This morning, Sparky spent some time online with her brother Rich, from Massachusetts, troubleshooting a printer problem. He had Sparky download Team Viewer, a software program for online support and online meetings. He's a great tech, program writer guy for Archimedes, a company out of Massachusetts. My brother has written apps for the iTunes store and is quite the computer guru. He's such a busy guy, we don't have much time to connect but this morning, he was able to see my computer and talk me through a couple of program glitches I was experiencing. He could see exactly what I saw on my screen, use my mouse to show me things, and I could watch as he worked his way through some screens. Pretty cool! He says it's a VERY secure program. Then Sparky ended up fixing her own computer/network problem getting our two computers to talk to the network without having to hook up the USB cable. Yay!

The rest of the day Sparky spent reading and crafting. Eldo went exploring in Venice....Nothing in particular in mind....This evening we went to Ocean Blues for Jazz Jam Session. Sparky got back too late this evening to tell you all about it, so you'll have to wait till tomorrow to hear about it!

So there's a little wondering why goin' on around the internet today.....It got Sparky wondering......

Why do banks leave big vaults open, but chain their pens to the counter?

Why do people order a Big Mac, a large order of fries, and a diet Coke?

Why don't you ever see the headline,  "PSYCHIC WINS THE LOTTERY!" ??? 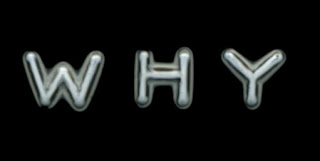 Why is the word "abbreviated" such a long word?

Why do lawyers and doctors call what they do "practice"?

Why is lemon juice made with artificial flavoring and dishwashing detergent made with real lemons?

Ever wonder why the man who invests all your money is called a "broker" ?

Why is the time of day with the slowest traffic called "rush hour"???? 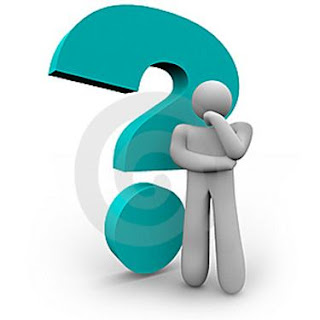 And why are apartments called that when they are all stuck together?

And if flying is so safe, why do they call airports "the terminal" ???