It's a quiet day today..Sparky played pickleball for two hours with some wonderful ladies. Every Thursday it's LADIES SOCIAL pickleball at Sun 'n' Fun, and yep, we yak and play, play and yak some more while waiting our turn to get on the courts. It was VERY windy today, so we got to play on Sun 'n' Fun's four indoor pickleball courts.

Thought we'd share some reading with you! Here's a nice article about going full timing in an RV for anyone new to the idea...http://vogeltalksrving.com/2013/02/top-10-things-every-rver-should-know-about-full-timing/ 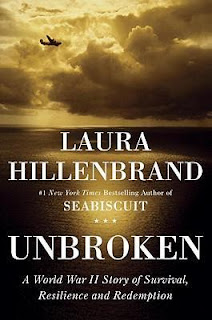 Speaking of reading, Sparky has been reading her Kindle Fire HD more and more as time goes by....The latest book she read was Unbroken, by Laura Hillenbrand, the same author who wrote Seabiscuit. Unbroken is a true story about Louis Zamperini, a WWII bombardier who crash landed in the Pacific Ocean. Louis had been a troubled, rebellious youth who found running to be his salvation as he was growing up. He went all the way to the Berlin Olympics and was within grasp of beating the four minute mile when the war came. Louis survives shark attacks, the death of his crewmen, and torture at the hands of the Japanese when he becomes a POW....WOW! What a story of courage, faith and resilience! The torture descriptions are horrific, but you keep reading to find out if he makes it or not. This was a book that was hard to put down! It's been on the best seller list for 100 weeks, so you know it's gotta be good and not just because Sparky says so!

Sparky has also read Finding Fish: A Memoir by Antwone Q. Fisher. This story is how one of Hollywood's most sought after screenwriters survived a terrible childhood of emotional, physical, and sexual abuse in the 1950's. A movie was made about Fisher in 2001, starring Denzel Washington in his directorial debut. Sparky might just watch it after having read this book! 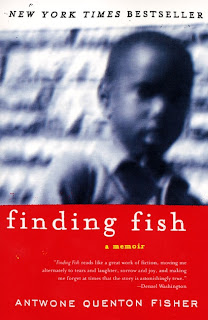 If anybody would like to share/recommend some really great books they are reading, let us hear!

What else is going on?  Sparky checked out the possibility of subbing in the Sarasota school system and learned:  1) Yes, they are hiring,  2) but you have to have a state of Florida teaching license. She probably is not going to apply. Sparky was disappointed to find out that first she would have to see if her Indiana license is accepted by the state of Florida, which is not that big a deal. BUT---once hired to teach in the school system, you have to teach 75 days each school year to be on the subbing roster to stay hired, if she understood that right. For a newbie snowbird, only here for three or four months max, that's a TON of days....

At the end of the day, we decided to use a dinner gift certificate (obtained at the Lakewood Ranch Welcome Center) for ten dollars off at Ed's Tavern , a "Jersey Joint" in Lakewood Ranch. It's a fun place, a sports bar with lots of TV's and good American pub food...Prices are a little on the high side for portion size and what you get, but the food is very good. We had a chips and salsa appetizer with some of the best homemade salsa! Weird color of chips, but they were great. 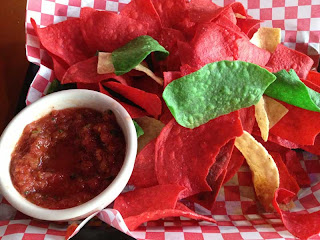 Eldy had an open faced roast beef sandwich with homemade gravy and his favorite side--tater tots, and Sparky had a very good Reuben sandwich. Coors Lite draft is 1.50  every day, all day, so that always helps!

And home we came....To sit outside under the awning, to listen to a little sprinkle of rain which is SORELY needed...We haven't had any rain in over a month....