Stink Bugs, Fire Ants, What Next?

We had another quiet day today after our lengthy bike ride yesterday...It was laundry day, ride around the neighborhood county roads and see if anything else shows up kind of day...Just the usual stink bugs..We're finding at least two to three a day inside the coach, and even in the car. Don't know if they hitched a ride from another state, but nobody else seems to have the numbers inside their coach like we do. Going to have to do an inspection of the bays and every nook and cranny I guess. (Uh, Sparky, you sure you want to do that? You know how much yarn that means moving around?) Little does he know, that's the LEAST of the stuff I have in every nook and cranny. We haven't even talked about jewelry supplies since I've been taking jewelry classes...(WHA-A-AT????????) Calm down, sweetie...it's not too bad, beads are tiny! 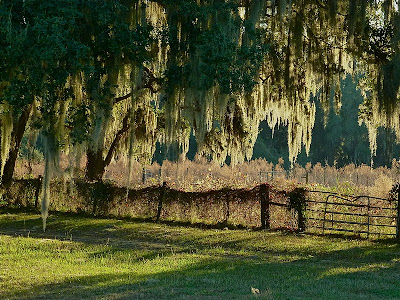 And then, fire ants showed up! Eldy was washing the coach and somehow stirred up an anthill, which looked very ordinary upon later inspection. But it turned out that these little teeny tiny red ants were fire ants, we think. They crawled up his shoe and around his sock and started biting. It hurt like heck! he said. Actually, his choice of words was a little stronger. Someone in the park said, wait till the next day and if little pustules show up, those were fire ants. Yep, they were! EWWWWWW! 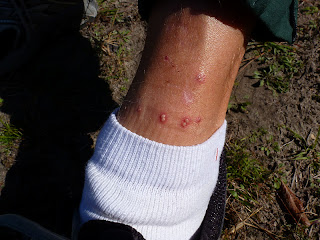 And then, thank goodness!.... Happy Hour with our neighbors Ritchie and Nick. We always have a great time talking with them. They are so sweet and funny, you just love them the minute you meet them and start to talk with them. They are the kind of people who poke fun at themselves and not at someone else. They have been happily married for 44 years of marriage, and it definitely shows. They sometimes finish each other's conversations, and they laugh almost at the same moment at something the other one says. They both have twinkly eyes, so you know they are going to be fun to be around..... 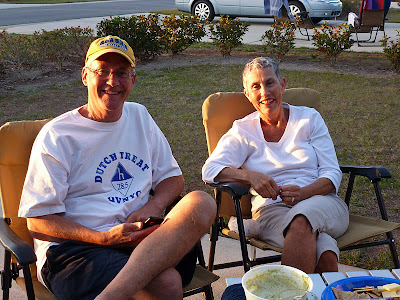 I'm always tempted to ask people who have been married for a long time and HAPPILY married, what is their secret? Because I don't have a very good track record having been married twice before I met Eldy, and I'm determined to be successful in my senior years at having a successful, happy relationship. Eldy makes it a WHOLE lot easier than those other guys! So far, he and I have four wonderful years in, and we hope for a lot more....So I asked Nick and Ritchie, and they are making a list for me. Stay tuned on that one and we'll get back to you on that. If anybody else wants to give advice, Sparky is all ears!  Too bad cranes and swans can't talk, they mate for life! 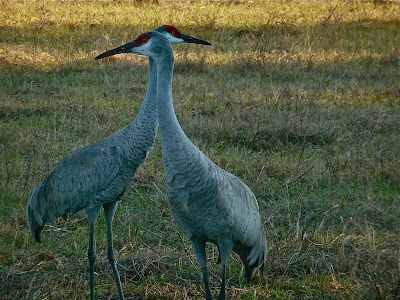 And too bad these guys weren't turned around facing each other, it would have made a "heart" pair, and that would have been just too perfect for today's blog!
Posted by Jeannie and Eldy at 11:23 PM