This was Sparky's second trip to the Webster flea market. Eldo headed there last Monday while Sparky was in Detroit but kept on driving by because it was so crowded. If you don't get there by about 8:00 or 8:30 AM, you are going to have a dickens of a time trying to crawl down highway 471 to get to the market to find a parking space and it is tough to walk around without bumping into people, it's so congested.

This place is HUGE! We never made it through all the aisles from the last time, so this time we went looking again to see what bargains we couldn't live without....we've got our eye on fit-over-glasses sunglasses that cost 20.00 at Walmart. You can get them here at the Webster Flea Market for 10.00 for one pair, or two for 20.00. We're going to get those the next time.....

How about some alligator HEADS? Just the heads, mind you.....Hm-m-m-m...what would you use those for, I wonder? I got it! Stick one in the dirt by the front gate of your Florida residence and put up a sign..."BEWARE OF THE ALLIGATOR!" 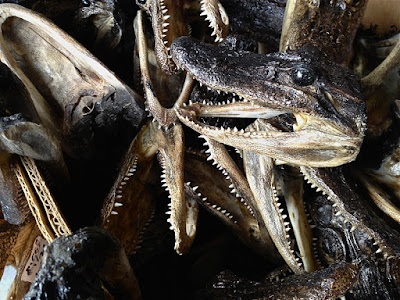 Not interested in the alligator heads? How about these fake cockroaches???? They looked REAL with one sitting outside the box for display. I'll bet someone buys one of these and sticks it in their fast food meal to try and get some money out of the deal. That ruse wouldn't last a second if somebody had the nerve to pick it up! (Sparky hates bugs and snakes even if they are fake! explains E.) 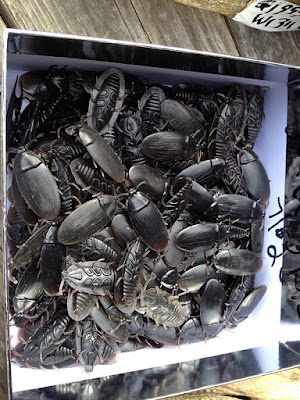 Sparky looked for beads to make jewelry with but at 1.00 a bead in this particular booth, that was a little too pricey! The vendor was insulted when I asked if they had any cheaper ones.....Guess these beads are used for making a Pandora look alike charm bracelet and were very fair prices according to the seller. There are a LOT of jewelry sellers at the flea market.... 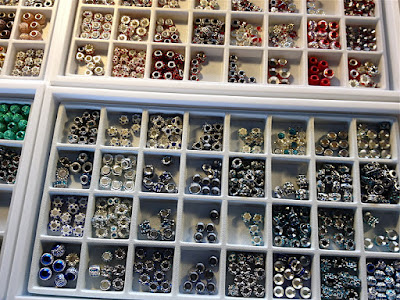 And let's not forget our furry friends.....And if you don't have a dog, you can buy one at the flea market--all kinds of miniature ones I hadn't heard of.... 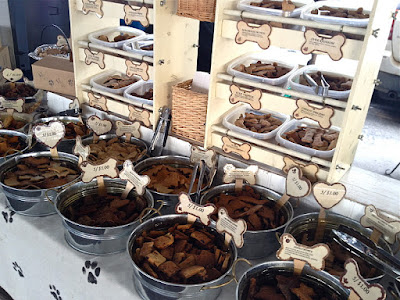 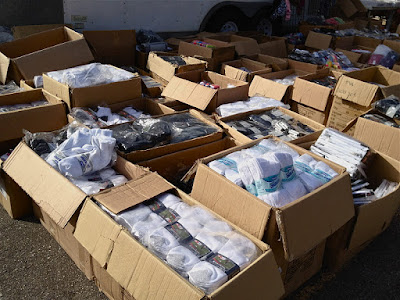 Here's a booth that Sparky had a hard time tearing herself away from after buying the Salsa Express Deluxe Edition last week--IT SLICES, IT DICES, IT JULIENNES, IT MAKES SALSA IN SECONDS! It was a booth containing nothing but products AS SEEN ON TV. Sparky just had to pour over each item and check it out. Had there been any more demonstrations inside the booth, she probably would have walked out of there with a couple more razzle dazzle, cheaply made in China products..(C'mon, Sparky, let's move on to another booth, cajoles E. Whew! I thought I'd never get her outta there!) 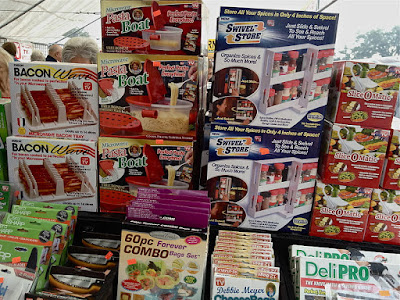 By the way, the Salsa Express model was called something else this week and it was selling for two dollars more than last week. I KNEW it was a great bargain, and yes, Sparky has used it and it works great! Salsa in a minute, no joke! Throw in a half onion, a couple cloves of garlic, a couple of tomatoes, a half a green pepper, a squirt of lime juice, and turn the handle--VOILA! Salsa! Are you SURE there isn't something else in this booth we can't live without????  (YEP! I'm sure!) 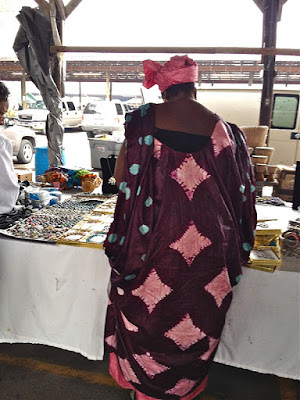 There are all kinds of people that come from all over the state to the flea market....some farther than others.....This lady was speaking in a language I did not recognize.....Maybe Swahili, I'm just guessing, but I wondered where she was from to be here in tiny Webster, Fl at the flea market. Actually, this is a small international flea market--- there are Vietnamese, Asian, Hispanic, Cuban,  and other vendors here along with a smattering of buyers of different nationalities as well, lots of different languages heard today.....It's a very cool place to be and we're lucky able to visit one of Florida's largest flea markets every Monday if we desire to come....We'll be back next Monday! Sparky's got to check out that TV booth again....(Uh, Sparky, I think we have plans next Monday, reminds E.) We'll see.......
Posted by Jeannie and Eldy at 11:00 PM