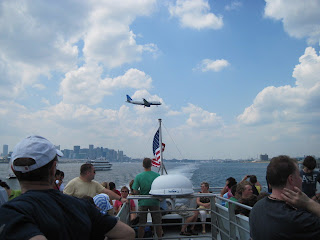 All right, the city slickers almost got the best of us, but we figured it out...the Boston transit subway system! Not an employee in sight to help two elderly senior citizens, (ha ha) Ok, I thought I would really use the age "card" today, as we have never ridden the subway before, either one of us. You would have laughed to see two educated adults trying to figure out how to buy a ticket and navigate our way through three different subway lines (red, green and blue) today to get to downtown Boston. We decided that would be faster than trying to drive and guess what crazy Boston drivers are going to do..they don't use turn signals and they drive well over the speed limit, so it's kinda stressful! I had to call and text my brother three times about the ticket buying system. You have to buy a "Charlie ticket" or a "Charlie card". We didn't know what "Charlie" had to do with our ticket or the difference between a "card" and a "ticket" (Charlie is the nickname for the transit system), but oh, they also call it the "T"...cards hold multiple fares for longer periods of useage, tickets are for one way or round trip one day. Ok, next! We got confused because there was no simple mention of subway anywhere in the ticket buying process, at least we didn't see it. There were quite a few confused people huddled around the electronic ticket machines asking each other how to buy tickets. Finally, another lady next to us was asking the same things of us, so we collaborated. We must have tried about five times each on an automated machine before we finally figured it out and it spit out our tickets. (the transaction gets cancelled if you take too long to make a decision, about 30 seconds). OK, on to the tracks..take the red line (color depends on what part of the suburbs you are in, for us-the red line)-to the center of town, but make sure you know whether you are going eastbound or westbound to get on the right track. Somehow being underground sort of confuses the orientation for some...Then take the green line for two stops, then transfer to the blue line, but stay underground to do all your transferring or you will have to buy another ticket to get back in the maze if you accidentally exit out. If there are trains passing through, they block signs temporarily, and sometimes you have to go upstairs to get downstairs and around a corner to get to the right track. There were street musicians playing really great music so you don't lose your cool and panic. Everybody following me on this? I thought so! Now we've arrived at the ticket station for the whale watch. I buy the wrong tickets from the wrong vendor for the wrong trip because I didn't listen very well to my better half, and we get in a line for the historical tour by ship by mistake. Back to the line, refund my money, buy the whale watch tickets (trip offered by the Boston Aquarium) and wait in line for an hour in the hot sun to get on the ship. A word to the wise...It doesn't do you any good to stand in line forever to get your number one choice spot on the ship to watch for whales. Everybody else who came at the last minute will come and stand in front of you at the rails, standing the entire three to four hour trip, blocking your view anyway..it was discouraging to experience that again today, on our second whale watch of the summer. I did stake out a spot at the rail and stood for well over two hours to try and get a shot at what we might see, but no luck getting a photo, nothing close enough. BUT--it was a good trip out...we saw four finback whales, one humpback who showed his tail, and lots of sighted spoutings. Unfortunately, the viewings were quite far away except for one quick finwhale, so no photos of whales today. Tomorrow we hope to do some historical sightseeing...the photo today is on the ship coming back in, with Logan Airport extremely close by, the landing strips are right by the water!
Posted by Jeannie and Eldy at 8:41 PM