Mr. Fixit and the Phaeton Has Issues

Our Tiffin has been terrific for two years...There have been some little things, nothing major. Eldy makes regular inspections checking everything out around the windows, doors, slides. He checks for a screw loose..haha...Sparky's got a few loose, but those can't be fixed! (Glad SHE said that!) Little things have come loose, a screw here and there, floor tiles loosening in a couple of places. Nothing we couldn't fix ourselves or live with where we felt we needed to make a trip to Red Bay. Until now....

We have noticed the floor starting to separate underneath the living room (the big slide) outside. 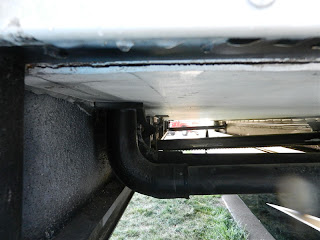 We have a gasket that seems to be shifting and pulling away from a corner on the outside wall. 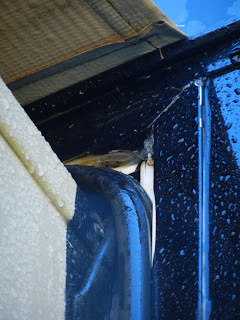 We have a slide that is slowly rubbing the paint off where the gasket seal is supposed to protect that. 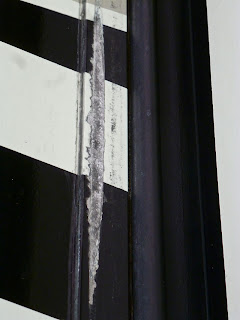 We have a battery tray weld that broke that holds the battery tray in the bay. We are looking for a possible local repair for that. The water heater won't stay lit on gas, but does fine on electric power.

Most of these things are going to have to be addressed in Red Bay as warranty issues, particularly the floor separation, which they tell us will be a one day job. We called Tiffin in Red Bay and there are no appointments available for three months, but you can come and get in line for repairs. Eldy has been checking the forums to see what the wait looks like.  A couple of days ago there were 157 coaches waiting at Red Bay for service! The boondocking sites were completely full. People were waiting to come in...  Sigh! We're thinking it might be better going in January when the snowbirds have already landed for the winter.... In the meantime.... 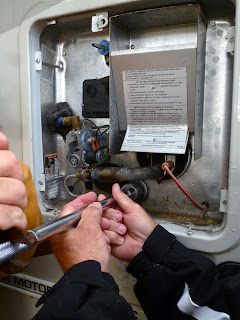 Eldy's son, Brian, came by to help Eldy drain the water heater and replace the anode rod, something you should do at least once a year. It's an expensive rod, about 14.00. It's an easy job, too, but you want to have the water heater turned off and the water cooled down a bit before draining. Eldy had shut the water heater off a couple hours earlier for the purpose of draining the heater. It's a good thing he did, because both the guys forgot to release the pressure valve before draining. As they unscrewed the anode rod fitting, the water came exploding out with a year's worth of crud---all over Eldy!  Had the water not been cooled down, he could have been scalded! Here's what the anode rod looks like after a year of doing its job. 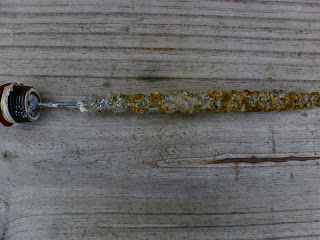 The guys got the job done....and the bay door chain and door closer fixed. A self-tapping screw had broken off in the screw hole, and the chain had fallen off, so that the wind COULD have caught the door and slammed it wide open...It's sort of a safety chain, just like on your screen doors at home. Brian helped Eldy whip through these projects with his ideas and suggestions on how to fix stuff. Thanks, Brian!

The third fix-it project for the day is ongoing....the steering wheel table idea, thanks to helpful information from Paul Dahl, R Sanity RV Adventures. We found an inexpensive accent table with a 20" diameter (9.00) at Bed, Bath and Beyond, (not found at Walmart, Michael's, JoAnn's, or Hobby Lobby). After seeing the screws of the legs were penetrating the top-- a manufacturing defect--Sparky decided on a bigger circumference table top-24"-- from Lowe's for a little more thickness, a nicer table top, and a little more money (17.00). We'll show photos of the final table project when it's complete. It was a productive day today...And oh, yeah! Sparky got a nice haircut! (When Mama's happy, everybody's happy! says a relieved E.) I'm happy! 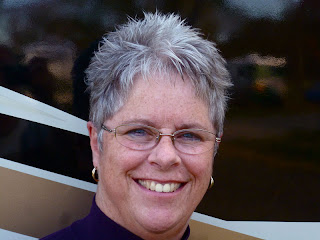