Sarasota, FL         High:  86     Low:   65
We have extended our stay at Sun 'n' Fun for one more week...We're just  not ready to leave the state quite yet! But we WILL be leaving for Houston in about another week...Sparky's daughter,  Kerry, is in a vintage bathing suit beauty contest in mid May. It's called the Galveston Island Beach Revue. It began in the summer of 1920 and kicks off the summer tourist season each year. By 1928, it was so popular, the island's population tripled on the event weekend. This island pageant was the foundation for the start of the Miss Universe contest, or so they say..It's a long standing tradition, and Kerry is in it!...Should be a lot of fun! AND, Sparky gets to see her little grandson, who's almost a year old, and has been walking since ten months. Now, he's running! And getting into LOTS of mischief! Kerry is sharing almost daily stories of his antics...like getting into a jar of Vaseline off the dresser from his crib. 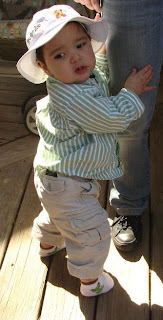 In the meantime, we are playing pickleball...Yep, Sparky said "WE". Eldo is out there playing, too! Only a few more days remain before the rest of the die hard pickleball players leave Sun 'n' Fun. So we have been going down every day during the week to get a few games in.

Today was Eldo's haircut day...Sparky did a number on him! Actually, it looks pretty decent--you should have seen Sparky's scruffy guy BEFORE the haircut! We don't have that haircutting gizmo, the Flowbee, but just ordinary barber clippers. 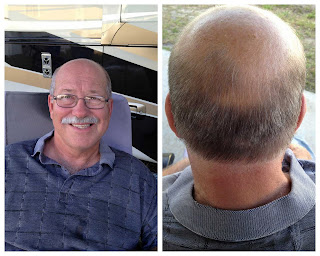 Sparky made a trip to Hobby Lobby.....ALWAYS a fun time!

We made a trip to Mi Pueblo, there are THREE of them in the Sarasota area...yet another great meal in a pretty atmosphere. 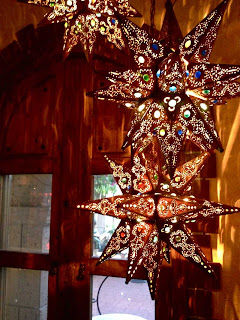 Sparky had tacos camarones--shrimp tacos with MANGO salsa....YUM! Eldy had a ground beef burrito. He likes the shredded beef ones better. 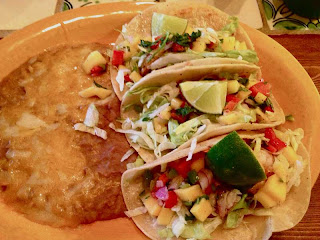