Sun 'n' Fun sure provides a lot of cool stuff for families to do while they are here on spring break. There's a big water slide called the Apollo Water Slide that they set up. You pay a small fee to use one or more things for the afternoon by buying a wristband. 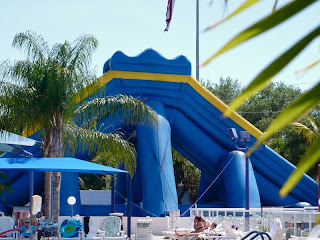 Then there is an indoor obstacle course called the Wibit. 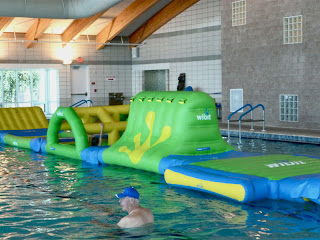 Then there are the water balls, or "hamster balls" as the kids call it. Eldy's grandkids' friends, two out of the three girls in that family, went over to the indoor pool to do the hamster balls, as they had never done that before. They were in luck, because normally, a turn lasts about five minutes. There were no kids in line waiting, so they got to have three times the amount of time they normally do! 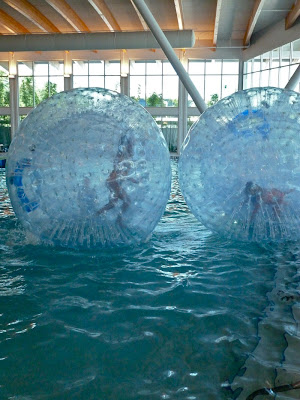 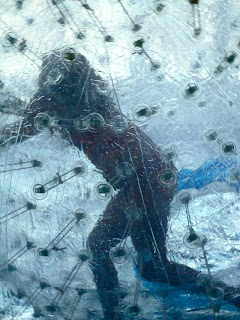 The girls chased each other for a short bit. They appeared to tire quickly! It takes a lot of energy to move those balls, apparently! 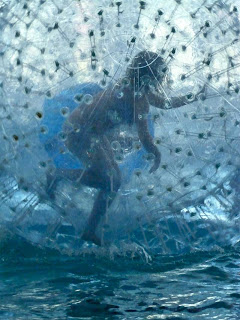 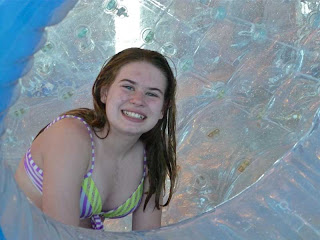 Sparky found out that adults can do it, too! Guess who's going to do it next week when things calm down and the bulk of the spring breakers are gone?! Yep, she is, and Eldy will be there to document that Sparky is just a little bit goofy sometimes. (SOMETIMES? How about MOST of the time?) What can I say, except hey, it looks like a great calorie burner!

Besides that, the kids' moms took to the water today and did the obstacle course. Eldy said it was hilarious to watch them try to climb, jump, and dive over the Wibit's sections..They were worried about losing their swim tops and bottoms each time they went through the course.
The two sisters had a great time....The families had a great time! Eldo had a wonderful time laughing at everybody's antics. Sparky was out grocery shopping and missed some great photo opportunities at the end of the day at the indoor pool. We'll hope for a next time! 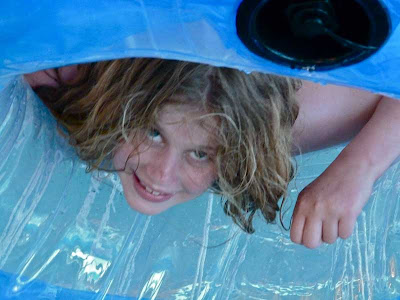