Another beautiful day in Paradise...completely sunny, at least it was in Tampa, where we ventured to today. Eldo had heard that there was a rowing or rather, sculling regatta in Tampa, and off we went to see it. It was the second annual Roosevelt Regatta. Sparky has a niece who was a sculler for Mount Holyoke. She has since graduated, but Sparky always has loved rowing from the time she was a child to being a grownup and for several years, her brother would send an awesome tee shirt from the Mount Holyoke rowing program. Sparky really wanted to see this event.
It was held at the Curtis Hixon Waterfront Park, a gorgeous park venue. Food tents (Yum! says Sparky), stuff for kids to do, stuff for grownups to do, like visit the outdoor bar and sample gourmet offerings from local restaurants. How about some crab truffled mac and cheese for 7.00? Or a spicy Hawaiian shrimp taco with daikon, avocado, cilantro, pineapple, red onion, chili sambol sauce served cold?  from Taps Restaurant and Bar, downtown Tampa, for 4.00. Sparky had one of those, it was delicious! In case you are wondering what "daikon" is, it's a Japanese radish! Who knew!?

The rowing races were from 10:00 AM to 4:00 PM. They are going to have more races tomorrow--kayak and dragon boat races. Sparky really would like to see some dragon boat racing, but the weather is supposed to be terrible tomorrow--70% chance of thunderstorms.
It was a FREE admission event and a terrific place for families to come and play and watch the scullers.  There was a cool playground nearby and plenty of family activities on the lawn in the center of the park. They had a shell (boat) set up in the park so you could see just how long and skinny it was. The backdrop of the park against the Tampa skyline was beautiful! 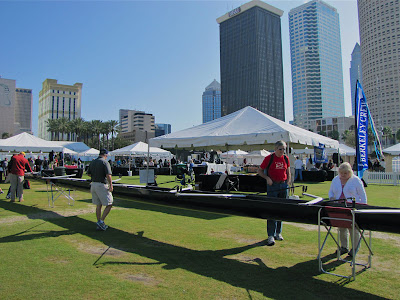 The waters were calm and there wasn't any wind. Off went the gun and here come the rowers, er, scullers?! There were different heats of boats consisting of different numbers of rowers. Some boats had as many as 8 rowers, some as few as two. There were middle school teams, high school teams and collegiate teams. 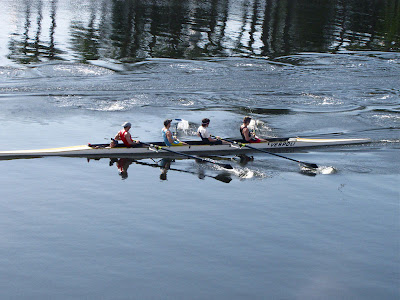 Sparky saw that her alma mater had been down the Hillsborough River...woo hoo! 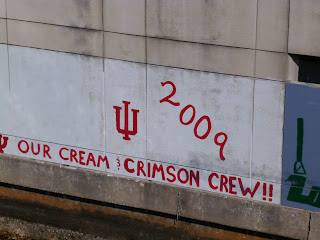 With the longer boats and more scullers, there is a coxswain or simply "cox" who directs the rowers, steers the boat and shouts encouragement or chants for cadence. This boat appears to have a DOG for a cox! 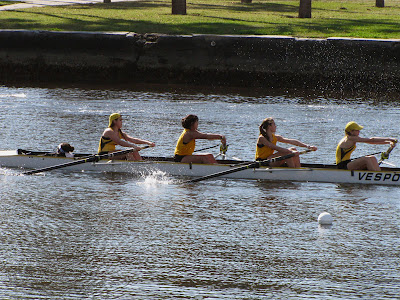 We admired all the teamwork and endurance it takes to be on a sculling team...It was really fun to watch the boats race. They had an information tent about adult rowing sponsored by the Tampa Athletic Club. Sparky would be tempted to join if she lived in Tampa! 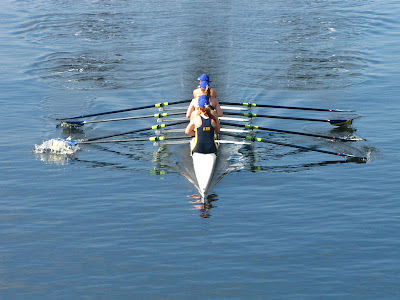 Eldy enjoyed the view from the top of the bridge overlooking the Hillsborough River. 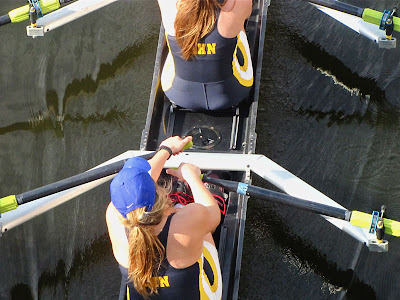 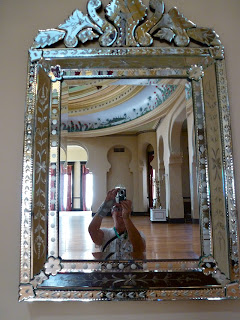 After watching the races for awhile, we saw that the University of Tampa was right across the river, and it had lots of minarets on the building towers. It was a beautiful campus, you could see that even from across the river at the park. Sparky had heard that the university used to be the Tampa Bay Hotel built in Moorish style by Henry Plant back in the early twenties. Bet there is a lot of history there.....We decided to walk over and check it out. WOW! is all Sparky can say, and when Sparky doesn't have much to say, it's because 1) she's wowed by something, or 2) she's got laryngitis!

If you like old mansions, historical buildings, and architectural detail, you'll love this building. This is a really cool old hotel now owned by the University of Tampa. We can't wait to get back to take a tour soon to find out the details of Henry Plant's opulent hotel which is now the university. 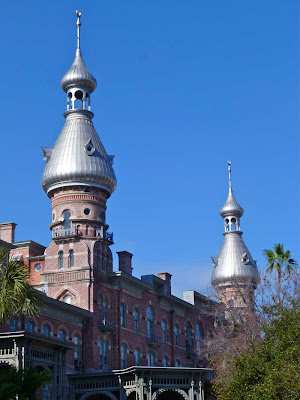 It was amazing! The architectural detail and opulent furnishings were unbelievable. 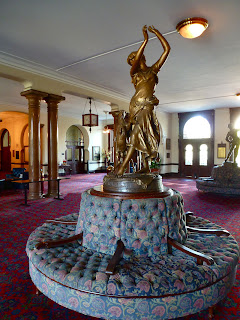 We were able to walk around the lower level of the inside of the hotel what looked to be the lobby and now appears to house administration.

The "keyhole" details were everywhere....This is part of the Moorish influence. Even the stuccoed walls had cutouts on the side edges framing the doorways. 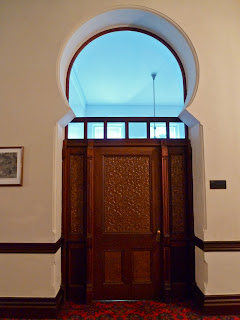 The outside was just as amazing.... 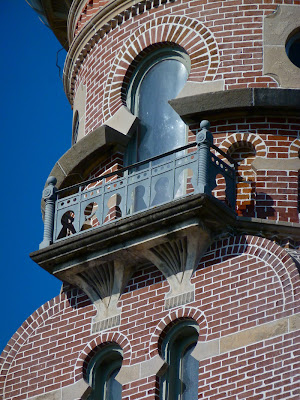 We are going to find out when the tours are and head back to Tampa to take one. This is something not to be missed. 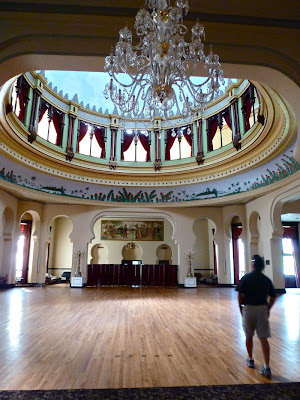 It was a really fun day at the Curtis Hixon waterfront park today and seeing what a beautiful gem of a campus the University of Tampa is..And, there's a cool museum inside the university all about Henry Plant and the hotel...Now if Sparky can only figure out how to photograph architectural details so everything doesn't look like the Leaning Tower of Pisa!  :-)    See you later! 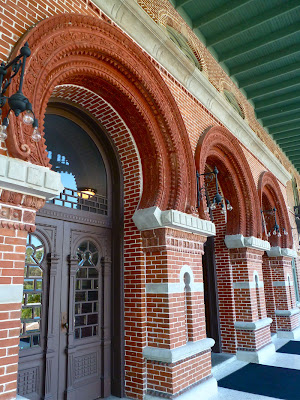