But it's South Carolina! We're back in the forest lands of America..Woo-hoo!  We're back where there are beautiful oak trees, TONS of them.... 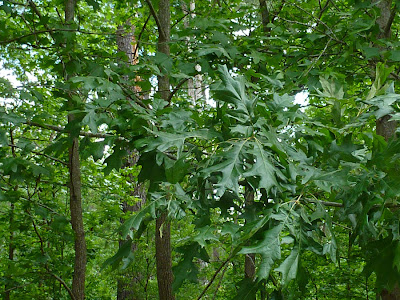 We're back where the temps are in the sixties during the day, and forties at night...and there's sweet smelling honeysuckle blooming....WOO-HOO! 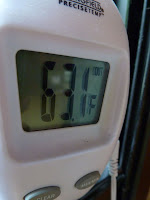 Never mind that it's going to be 87 degrees in a day or two. Ugh!... But we're not in Michigan, we're in SOUTH CAROLINA.....for a week, maybe two, at the Thousand Trails park called The Oaks at Point South, in Yemassee, South Carolina, off I-95, exit 33. It's an old park, aren't most Thousand Trails?  This park is located near the tiny town of Yemassee, there's nothing there, really. No main grocery stores, just a couple of convenience gas stations, and a few motels that are dying. But we have 50 amp service and the park looks like an RV park in Michigan...It's heavily treed, but we had no problems getting into our site. It's shady and very pleasant.  All the sites are pull thrus...Sites are level and gravel. You pay 3.00 a day extra for very basic cable. People are having difficulty getting satellite because of all the trees, it appears.  AT & T phones shift in and out between two bars and "E" and sometimes for a fleeting moment 4G and sometimes no signal at all. No wi-fi unless you pay for it. Verizon Mi-fi card works fine if you move it around in different locations in the coach depending on your site for best reception. For us, it's the front of the coach, three bars. There's a pool, but it looks like this....Score 1 for the algae! 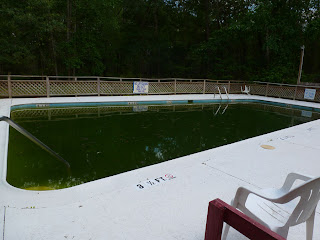 Here's our site....You can bike around the park a little or go outside the park and get some miles in on area roads, but we're not sure it's safe to do that, so Sparky is going to restrict her riding a bit. 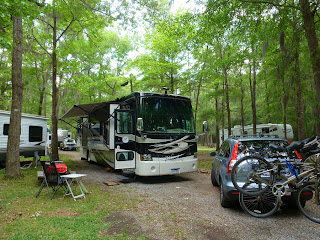 We like our site, we like the park. And it's FREE with our Thousand Trails zone membership! Woo-hoo! Our site has trees closer than some other sites. We can't get our awning out all the way. There are other sites with more width before getting trees in your way. 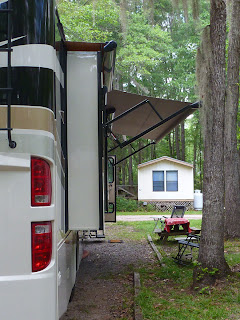 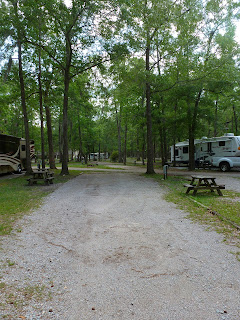 The park is located in a very economically depressed section of the county...no nearby grocery stores or places to shop other than convenience store gas stations. To get to a "Piggly Wiggly", it's 12 miles. (That helps keep Sparky's compulsive grocery shop spending down, says a relieved E.) It's also a bit of a drive to get anywhere to see anything like Savannah, 42 miles away, Charleston about the same distance. Beaufort, a smaller historical town is about 22 miles away. Hilton Head is about an hour's drive. There are so many islands and harbor towns in the area that it would take weeks to explore the area. This really is a central location to stay to explore the "Low Country". You're just going to have to budget some more money for gas for your car if you stay here. But gas prices are around $3.68, which is a welcome relief from what they were in Florida.

The KOA campground is directly opposite on the same road as the Thousand Trails park. Sparky rode back in there to see what it was like. It's very nice but overpriced for being far from most attractions, 45.00 a night. But they have a wine bar/cafe! Woo-hoo! And you are welcome to come and visit if even if you are staying at the OTHER park, our TT park! The wine bar is GREAT. For 5.50, we got to taste 15 local wines, yep, that's right--15! Many of them came out of Hilton Head or the Biltmore Estate Winery...One was a margarita wine! Very nice....And if you purchase a bottle of wine, you get 10% off...Good thing we rode our bikes over there instead of driving the car, haha....(Sparky is the lightweight here, NOT me! explains E. She was a little all over the road going home....) Uh, I was just avoiding some potholes, honey! :-) 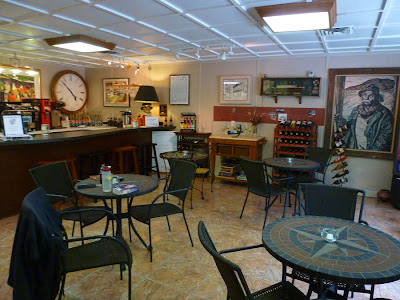 Look at this cool phone booth they have outside the KOA office. Wonder if the phone works? 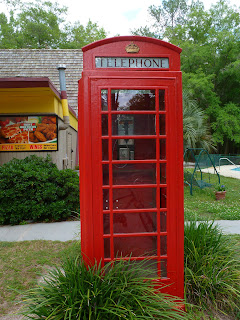 It will be tough to explore such a historically rich area in just a few days, but we're gonna try! We amassed a HUGE bunch of brochures of things to do and everything you'd want to know about South Carolina/Georgia at two different visitor's centers today, the one for Georgia and the one for South Carolina.

The visitor's center at the Georgia/Carolina state line had a cool kiosk called "Tourist Assistance Portal" or TAP. 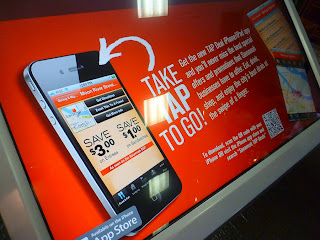 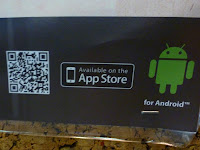 You scan the bar code (that little square box with lots of black squiggles--see right photo) with your smart phone providing you have downloaded a little scan code reader for the Android or iphone, and it loads an app all about Savannah, complete with tours, maps, music, things to do, family stuff, lodging, food and fun, etc.  AND complete with DEALS! Like 5.00 off a tour or something, or a buy one, get one free entree at a local restaurant. Once you get the app loaded, the TAP kiosk mails you great deals to your phone for the city you are visiting, then you just show the deal on the phone to the restaurant, the tour company, whatever. Cool! (Sparky LOVES technology! explains E.) The company, Blue Focus Media, is planning on expanding this program as it has been wildly successful in Savannah.....It will be fun to try and pick some things out that won't break the budget while we are here. Stay tuned!