Why We Love Sarasota

You never know what you are going to see in Sarasota....We were driving on our way somewhere when we saw this....Sparky just had to stop! 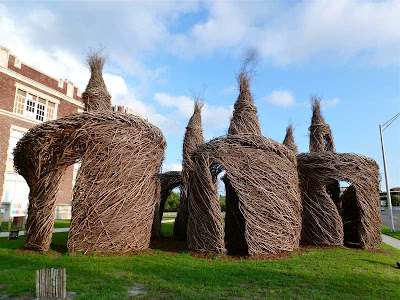 This is a set of tree sculptures by Patrick Dougherty, a sculptor that specializes in using trees and twigs as his canvas and medium.
He designed this sculpture especially for Sarasota and the historical Sarasota high school that stands in the background. The high school is going to become the Sarasota  Museum of Art.  He envisioned his sculpture as the entry way into the museum.

It took a crew of 100 volunteers and about three weeks to build this Sarasota tree sculpture....The branches are cut from crape myrtle trees, vines, and twigs collected from a Palmetto, FL farm. It cost about 50,000-60,000 dollars to create!

It just begs for you to some inside and look...So Sparky did! 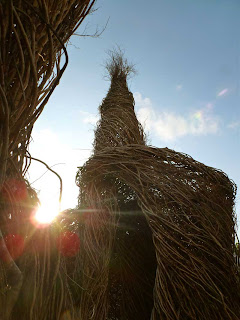 She could see that it would be so fun for her little grandson to run around and play hide and seek in. Sparky thought it was cool the way the sun shone through the branches. You couldn't see any wires or string, it looked as though it was totally naturally constructed. 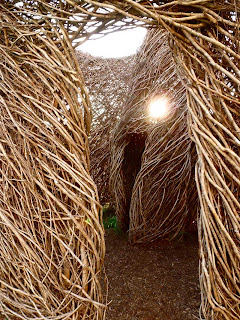 He has done many other such sculptures all over the country and the world.....These next two photos are from the internet.... 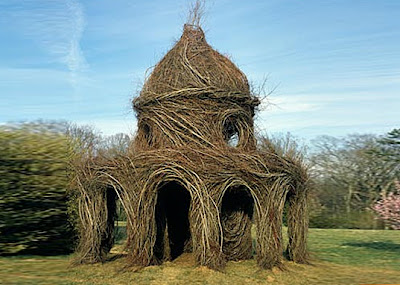 Sparky thinks this is so cool! 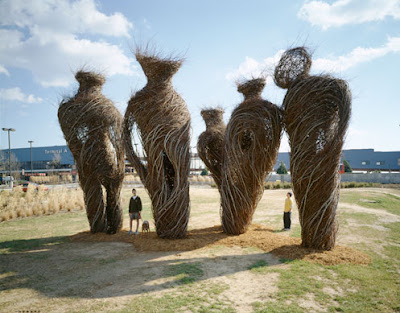 There are a lot more sculptures and artwork to see in Sarasota...This is one area we just haven't explored as much and hope to do more in the future......
Posted by Jeannie and Eldy at 11:46 PM