Long and Lean, Every Man's Dream

"Hotter than a two dollar pistol,
She was the fastest thing around,
Long and lean,
Every young man's dream,
And she turned every head in town."     --George Jones-- "Corvette Song"

Wow! Did we see some beauties today, at the Corvette show at St. Armand's Circle, Sarasota! Over 200 proud owners showed off their Corvettes of all different colors, styles and horsepower.....This is the third largest Corvette show in Florida. The cars were from 1953 to the present. 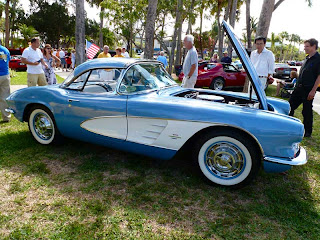 Sparky doesn't know her cars, but is sure car lovers will have no problem knowing what years these Vettes are! This is a "gull wing" Corvette.... 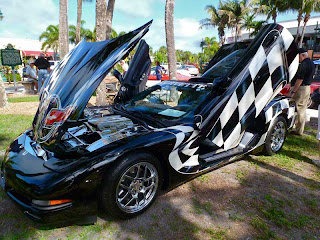 Bet this engine shot gets a few muscle car owners' hearts a-pumpin'! The engines were as clean and shiny as the outsides. 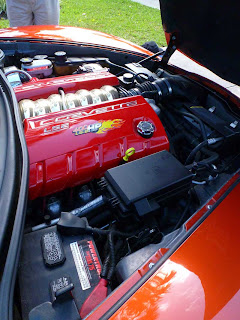 Even the inside of the hoods were beautifully painted or had special covers on them. 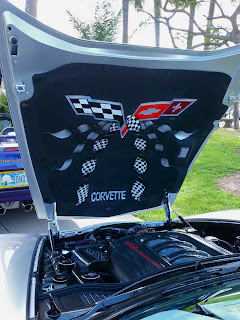 Sparky loved the pace cars. There were several there..... 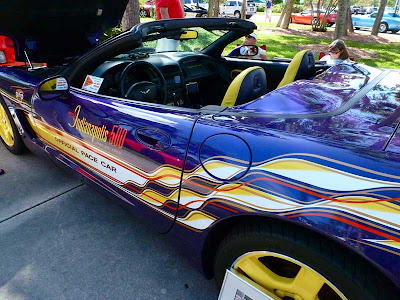 St. Armand's Circle is a beautiful shopping district near Lido Key in Sarasota and often has many special events going on, from art fairs to craft shows to other festivals and events like this Corvette show. Not only does it have cool shops but there are cool sculptures and statues as well. 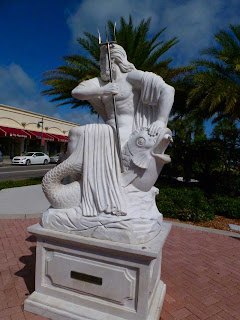 Sparky and Eldo checked out a swing/hammock shop that was so colorful, it just begged Sparky to come in and look. The first swing she sat in, the one with the beautiful oak frame cost around $1400.00+.  Ouch! Comfort comes at a price! 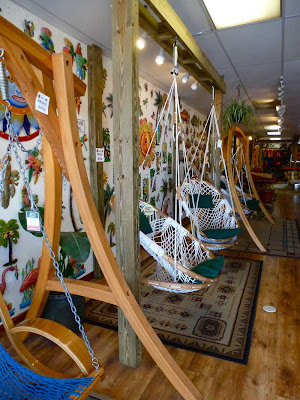 There were many more shops that we could have explored, but we were there to see the cars today. But---here's a little more about St. Armand's Circle....

"St. Armands Circle is a picture of all that is good in Sarasota ... sidewalk cafés and fine dining, boutique shopping, slow strolls with ice cream cones, and a hint of the nearby sea in the air. Originally designed by circus magnate John Ringling, it's fitting that St. Armands inner circle honors the greats of the Greatest Show on Earth with the Sarasota Circus Ring of Fame. From here, coconut palms stretch down to Lido Beach, a sun worshippers dream, which reaches to South Lido Park, a fun-sun spot to explore nature trails, canoe, kayak, and picnic, with great views of the water."


We will definitely return to St. Armand's Circle on another day...Sparky saw LOTS of great places to eat!  (E. heaves a big sigh here......) 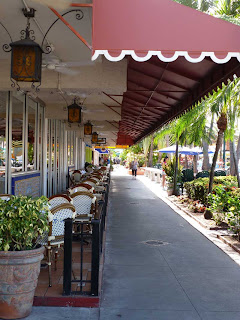 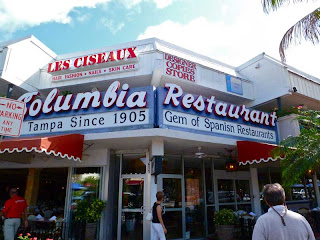 It's a good thing Sparky is not a shopper but a foodie! (It's probably a "wash" on which would cost me more, explains E. I'm just glad she's not both!)

See you at Siesta Key Beach tomorrow, for a sand castle contest!
Posted by Jeannie and Eldy at 11:45 PM