Sparky Ventures Out on Her Own

WHOA! THAT was a mistake! You should never send a spatially challenged individual such as Sparky out into new territory without first checking to see if they know where they are going! To be fair to Eldy, Sparky said she DID know where she was going! She said it was easy, according to the lady who gave her directions. Never mind that the lady that gave her directions said SHE was not very good at directions! Sparky was out to find a bike trail in Floral City in a park "near a bike shop" said the lady at the check in at Breezy Oaks. She told her, go over the bridge over I-75, keep going and then you'll see the sign for Floral City and turn left. Or was that right? Sparky got the turn wrong, and ended up in Bushnell this morning. Once she got to Bushnell, it looked vaguely familiar, so she thought she'd call Eldy and get guidance back to the RV park. Here's how it went with Sparky starting the conversation.
"Hi, honey."
"Where are you?"
"I don't know, I got lost for a bit. But I think I'm in Bushnell. I think Floral City is too far to go for the bike ride. I saw a sign that said 24 miles. So I'm heading back home. Which way do I go?"
"Well, I don't know which way you are going!" Sparky looks out the window and starts to tell Eldy  where the sun is in location to her, but decides to leave that out of the conversation.
"Well, I'm by the railroad tracks (not a lot of help) and there's a sign that says 48."
"Does it say 48 east or west? You want to go west."
"Ummmm, can't see it, but OK,  I think I know now which way to go."
"OK, take your time." Which is always a reassuring thing for Sparky to hear, because she knows it's going to take a long time to get back home if she gets lost again. She didn't resort to using the phone G.P.S. because she didn't program the park's address into the phone! Dumb dee da dumb, dumb, dumb. She starts down the road towards the original way she came from when she first took the wrong turn, because she THINKS she saw I-75 and can get back to the RV park that way...BUT, she gets sidetracked by the Dade Battlefield State Park. 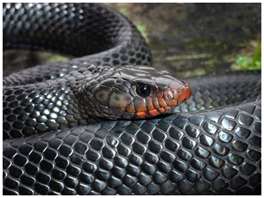 That was a nice diversion! It is 3.00 admission to enter the park, 2.00 if you are on a bicycle. There is a 10 K trail that connects to the park somehow, but Sparky didn't see it. The first thing the attendant says to her is, "You know this is the season for snakes and we do have scorpions here, but I haven't seen any." Thanks for the warning, pal! Sparky didn't bother to ask what kind of snakes, but read in the visitor's center that they are indigo snakes......non-poisonous, but they can be big--as in 3-5 feet long or longer! They are the biggest snake native to the U.S. Ugh! 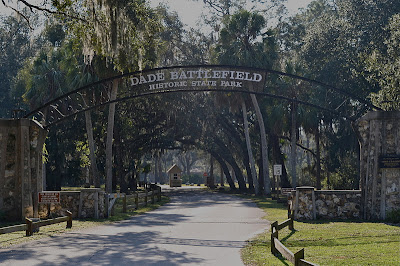 There is a nature trail at the state park and some very nice picnic areas. You can watch a 12 minute video about the U.S. troop massacre by the Seminoles inside the small visitor's center. There's a lot more to the story about why that happened, of course! The Seminoles not only were trying to defend their homeland which was being taken away from them, but they also sympathized with the slaves and provided refuge for them, which aggravated the southern states.

There were massive live oaks in the park that were amazing! It is a beautiful, 80 acre park as you can see by the photos...a lovely place to have a picnic or sit on one of several benches and contemplate the beauty of the park... 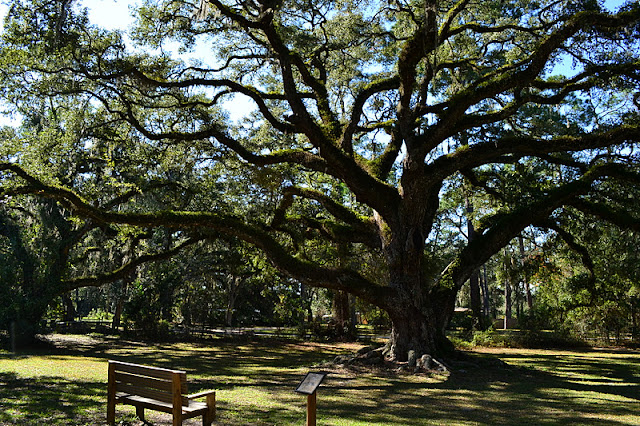 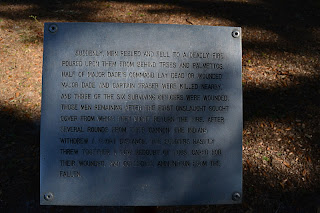 This national historical site marks the place where the Seminole Indians massacred 177 out of 180 troops on Dec. 28th, 1835, protesting President Andrew Jackson's decision to force them to move to Oklahoma. This battle defeat of the U.S. soldiers triggered large troop involvement by the U.S. into Florida, and started the Second Seminole Indian War. Every year, close to the battle date, they have a re-enactment of the battle which is pretty cool, locals have said. This year it will be held the first week of January, 2012.

Tomorrow, we leave for beautiful Naples---Yay! We'll be there for the ENTIRE month of December! We'll be staying at Neapolitan Cove RV resort....It's above budget for us, (our max has been 30.00 a day, most of the time we try really hard to stay under that)  so we've been saving and been below budget for weeks in order to splurge for this very special city in Florida that we really love.....You'll see why in the coming weeks......See you soon in Naples....