Sparky's Got Her Mojo Back!

Actually, it never left...it just gets buried now and then...We're talking Sparky's dancin' mojo! And Sharon, (Sharon and John--Hey Duke) of On the Road of Retirement blogging fame, helped her get it back.

As many in the blogging world have headed south to Florida, it's not surprising to find several of us in the Naples, Fort Myers, and Bonita Springs area...John and Sharon met us today in downtown Naples at a watering hole we like, The Jolly Cricket. We had a great time comparing notes about where we've been, and where in the heck are we going to stay in Florida after this month!? We're both kind of in the same boat, we want to stay in the area, but the prices are going to climb sky high after this month. We're both exploring parks in the area for possibilities to stay in the next couple of months. 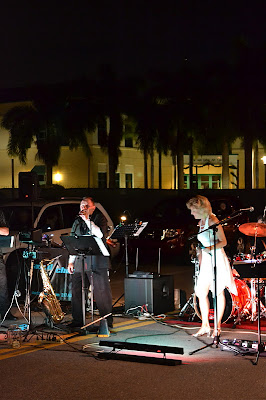 After we talked for quite awhile at the Jolly Cricket, we headed for the 5th Avenue music on the streets in downtown Naples...The second Thursday of every month there are crooners, jazz bands, rock and rollers or bluesy club singers giving Naples residents musical treats for free.  We walked the streets and settled in front of a great gal performing with a great voice and a good band backup. The band was called The Sound Shack. The beat really picked up and before long, Sharon and Sparky were dancin' in the streets! Eldo and John had fun watching!

What really made the evening extra special besides meeting new friends was a young man with the fastest moving feet we've seen, and a charming personality to match. His name was James Biggs...and boy, could he dance! He was a treat!  Anybody out there shakin' their booty, James danced with them a bit, even older ladies! He was so good, the crowd clapped each time with appreciation after several dances showing fantastic moves. He played up to the blonde singer, tipping his hat, clutching his heart as though he was swooning, and complementing her music with his fantastic dance moves.

We were all VERY impressed!
We had a wonderful time tonight with Sharon and John in beautiful downtown Naples..... 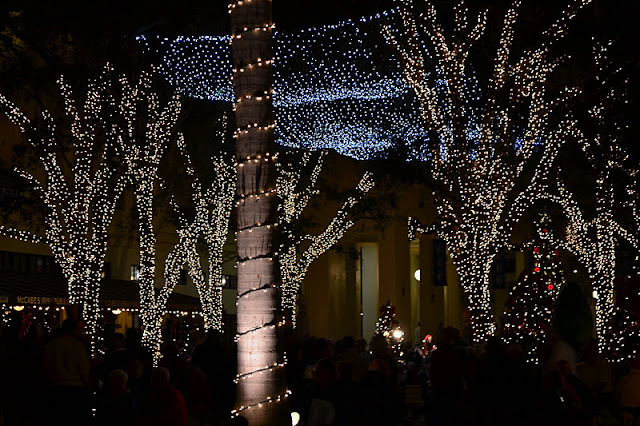 Tomorrow we're headed to Matlache...a really cool, artsy fartsy town to meet some more of our blogging friends, Karen and Al....We'll see you there!
Posted by Jeannie and Eldy at 11:30 PM

Email ThisBlogThis!Share to TwitterShare to FacebookShare to Pinterest
Labels: Thursday nights in Naples