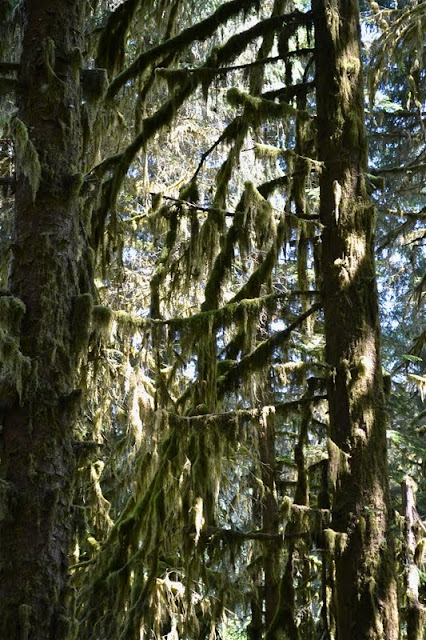 We drove three hours one way to the Hoh rainforest today, and it was such a disappointment! Honestly, the rainforest was not all that we expected. We've seen much more beautiful, lush forests with huge ferns the size of boulders and foliage growth far more dense on other hikes in Oregon and California. It's an 18 mile drive in the park on the Upper Hoh Road in the park in addition to all the miles you cover on highway 101 (working your way around Olympic National Park to get to the rainforest). There are no routes inside the park to travel from one side to the other. However, it's a pretty drive into the park, the forest looks more like a temperate rain forest on the drive in than it did on the short hike we did today. One of the main trails was closed (The Spruce Trail) due to aggressive female elk charging tourists and charging their cars. No, the rangers weren't dressed in elk costumes collecting money. The females are protecting their young, or else they haven't had their babies yet. Please, no jokes about pregnant moody females either! One elk chased a ranger 100 yards before calling it quits. (I can see Sparky's wheels turning....she wants to get a photo of an elk on the Spruce Trail. Ain't gonna happen, baby!) And it didn't..... 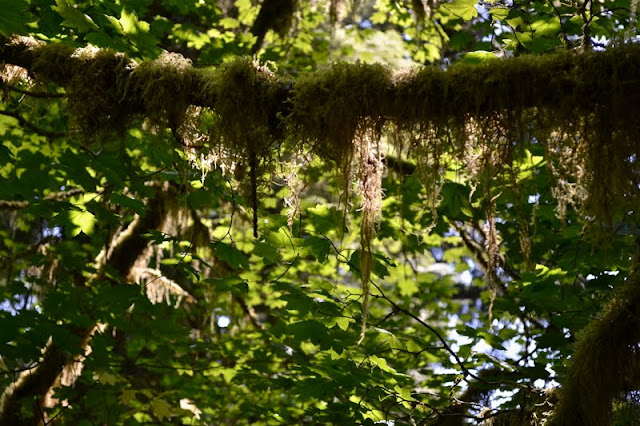 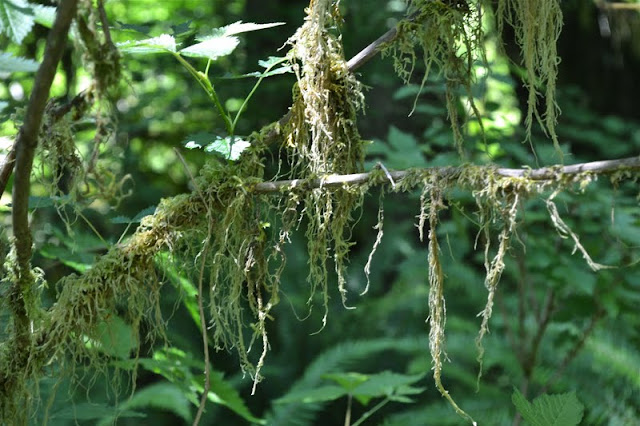 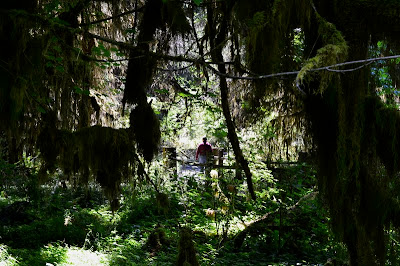 I behaved myself. We went on a very short trail called the Hall of Mosses instead. Here's what we saw:  lots of trees covered with lichens and mosses. Funny thing, we just had a show on TV about lichens and mosses, but I only paid half attention to it. (We were watching it because we can only get four channels in the park and three of them are PBS. I vote for Direct TV satellite hookup in the near future and you men readers need to vote with me!) That's Eldy stating his case for more TV options...no cable in this park and many others and our not-so-hot rooftop dome antenna, which is not a very good antenna source. I feel your pain, sweetie...but we need to be outdoors and moving, and hiking, and biking....(Hmph!)
I'd rather show you some of my other photos from the park today, so here they are besides moss and more moss, and lichens and fungus......But first, here's Eldy holding up the log for me to go under, such a gentleman and a strong guy, too! He's been lifting weights...NOT! 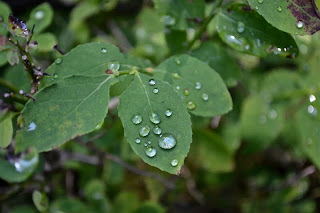 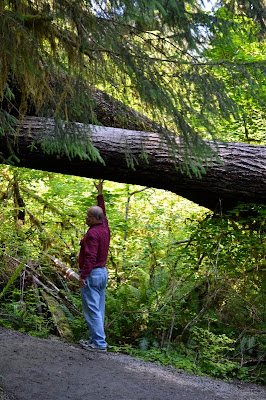 Ducks in the pond.....baby squawking at my presence, so the mom took off to distract me, I think! 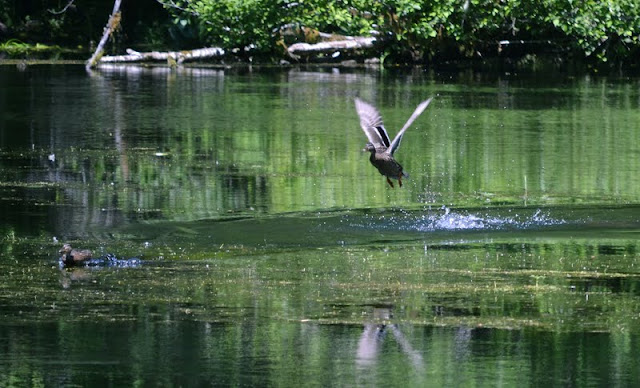 Tomorrow we're going to visit Port Townsend...an active artist's colony and harbor town...cool shops and great places for entertainment and dining!  See you there!
Posted by Jeannie and Eldy at 11:49 PM

Email ThisBlogThis!Share to TwitterShare to FacebookShare to Pinterest
Labels: The Hoh rainforest