No, Sparky and Eldo are not blogging about their bathrooms and bathroom habits at their digs in Bradenton…. :-)  Although their bathrooms are due for much needed updates which will just have to wait for now…

Sparky just wants to share some beautiful bird photos today….She has been out on her bike checking out the latest owlie sightings….It's nap time for these great horned owl babies that are getting to be VERY big. They've been fluttering up in the nest, rising up a little and settling back down, trying out their wings. There were three in this nest but only two are visible today. They will be departing very soon, it looks like….Right before Sparky got there today, the mother owl dropped a rabbit into the nest to feed the babies. In a bit,  a rabbit leg dropped down out of the tree in front of one of the photographers there with a loud thud. Scared him half to death!

It's so hard to hold the 30X zoom lens steady..Sparky needs a tripod!

If you've been reading the blog, you saw the post perhaps about the lady that paid a fork lift operator 200 dollars to raise her up to eye level for a nest shot…It turns out that the fork lift operator escapade was not for the eagle's nest down the street but for THIS owl nest! An amateur photographer Sparky talked to, said he had photos of her escapade and it was right here at Jigg's Landing, in Sparky's backyard. Sounds like this could be one of those weird Florida stories that get published all the time in the newspaper. Those Florida stories even made Jimmy Fallon's Tonight show one night recently. At any rate, signs posted around the nesting tree specifically state, "DO NOT USE LIFTS" after that birdbrain escapade. And talk about how things have changed in cautionary signs to tourists or photographer wannabes…"Do not use remote control aircraft on this property." 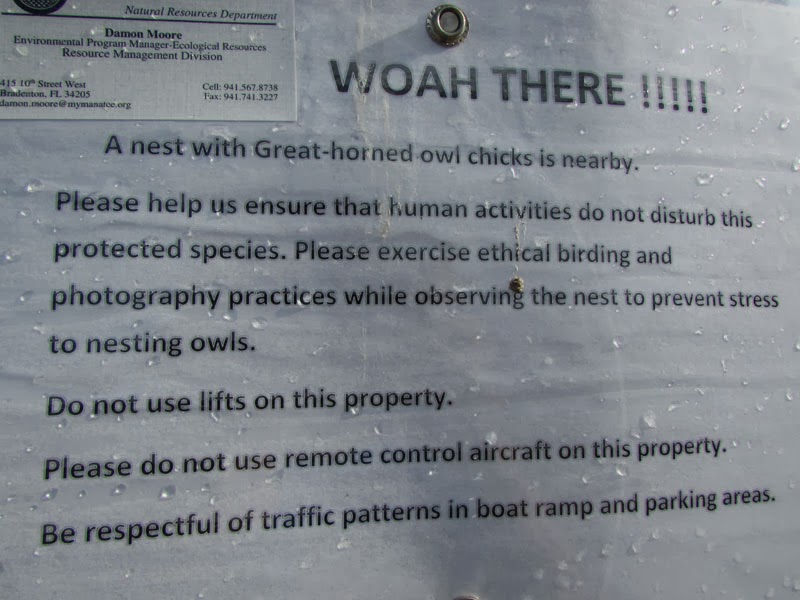 Sparky went over to University Mall the other day, and near the new high end mall being constructed, is the Nathan Benderson Park rowing raceway, home to the 2017 World Rowing Championships and many other venues. At the raceway, across the street, are some marshes. Sparky had spotted some roseate spoonbills the other day without her camera. So back she went today to see if they were still there…Yep, they were! A marsh with a lot of duckweed is the perfect eating grounds for spoonbills and they were busily swishing their spoon shaped bills back and forth in the water, feeding delightedly on their fare while Sparky snapped away…..Sparky LOVES spoonbills! She would love to capture one in flight but that photo op still eludes her…. 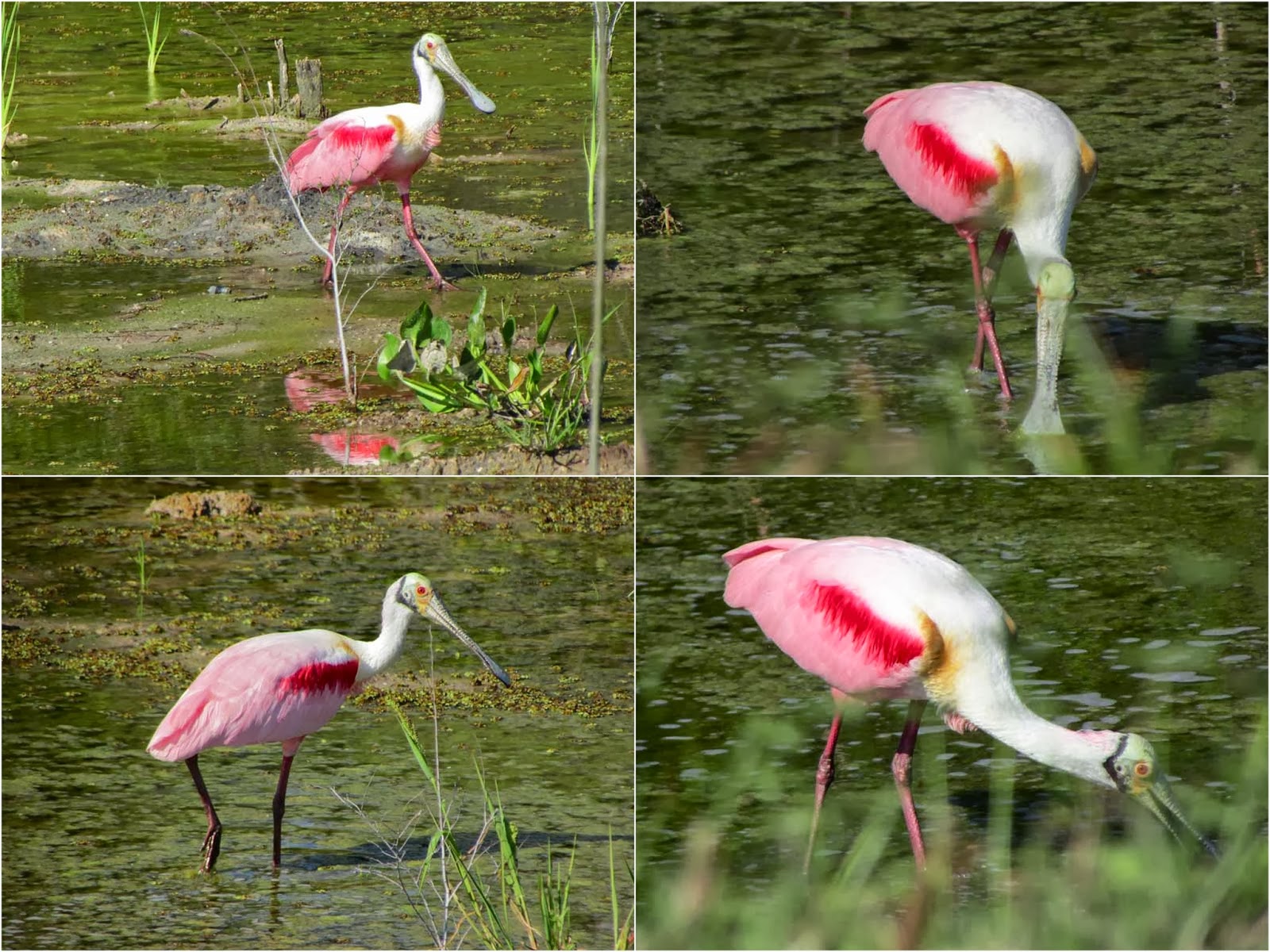 And the gators continue to visit our neighborhood pond almost every day….This one looks FAT and well fed, which is probably a good thing for all the little teeny tiny dogs in the neighborhood. 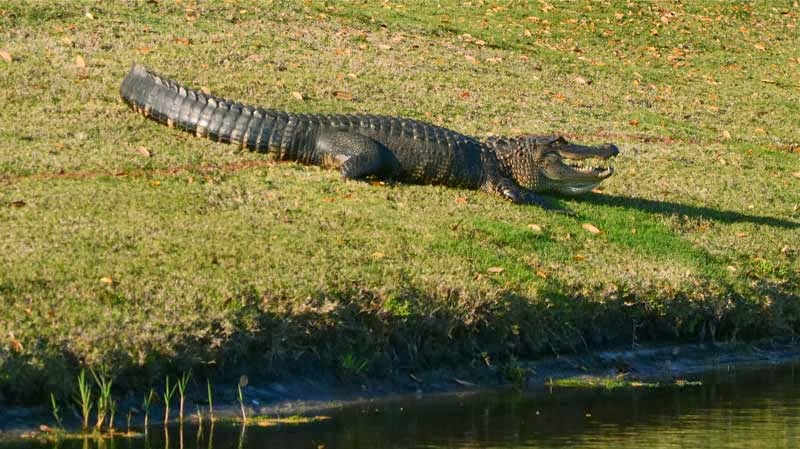 It's almost mating season--April thru July here in Florida--May and June are prime egg laying times. Mating season is going to be early this year because of the unseasonably warm winter this area has had. That means gators are going to be out and about more, actively moving around in ponds and perhaps neighborhoods for the next couple of months. They move around at night, and then find themselves stuck in places they don't want to be when daylight comes….in a fence, in somebody's yard, etc. The young alligators from last year have to watch out for the aggressive adults who EAT the young ones if they are near when they first start aggressively searching for a mate because they are hungry after a relatively long period of inactivity during the winter.

We haven't heard any stories about nuisance alligators in our neighborhood, nor have we seen any wildlife nuisance trucks in the area at all. The gators come visit the pond, stay a few days and leave….Tourists love to take photos of the ones at our street's pond…Sparky is no longer a tourist, but she still likes to take gator photos. She's still hoping to find someone to hike the 2 1/2 miles in and 2 1/2 miles out of Myakka River State Park's "Deep Hole" to see hundreds of gators! Eldo says "NO WAY!"   It's a hot, dry hike in and out with no shade, which is why he says no…..sigh….. Gotta go…Nature is calling…...