Sparky is ashamed to say, she's 63 years old and never has donated blood. Not really sure why not all these years, a little afraid they'd find something wrong, just a little leery of the whole procedure, hates needles, things like that…BUT---something on the radio today moved her to change her mind. And once Sparky makes up her mind, THERE'S NO CHANGING IT! (Don't I know THAT! exclaims Eldo.) 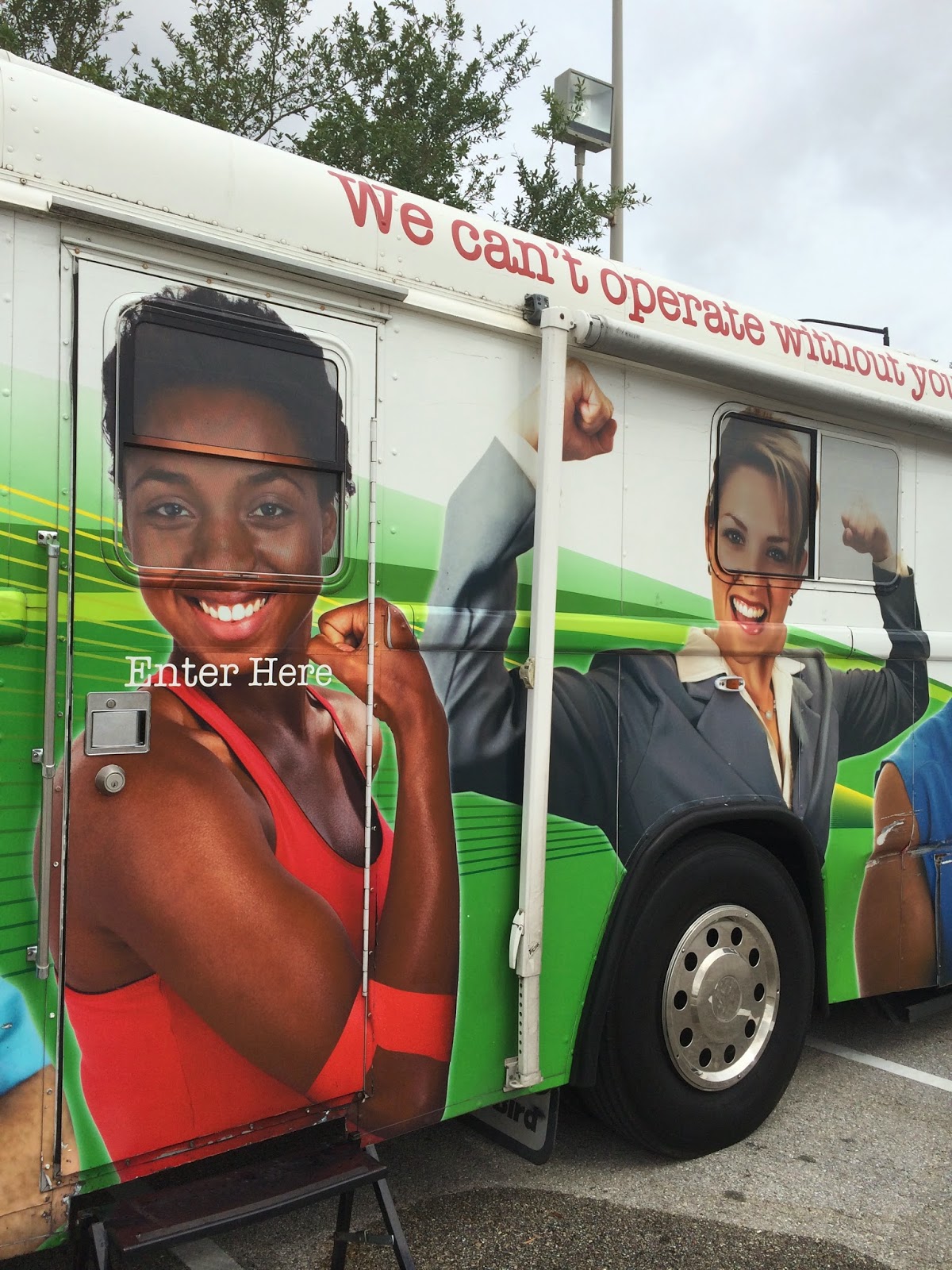 The local radio station, WSRZ, 107.9, was championing a blood drive--"Pints for Plays" with lots of enticements…pizza, free tee shirt, the usual cookies and drinks, Tervis tumblers, and if you donated a pint, you could pick a tumbler (marvelous outdoor glasses by the way), a plug for your own business,  OR ANY song and they would play it on the radio. They had been playing very eclectic music all morning long and announcing each donor's name along with the song… The music was fabulous! Something just clicked for Sparky, because she LOVES music and she decided, TODAY was the day to donate. Off she went for what turned out to be a marvelous experience and a brief claim to fame…..Stay tuned….. 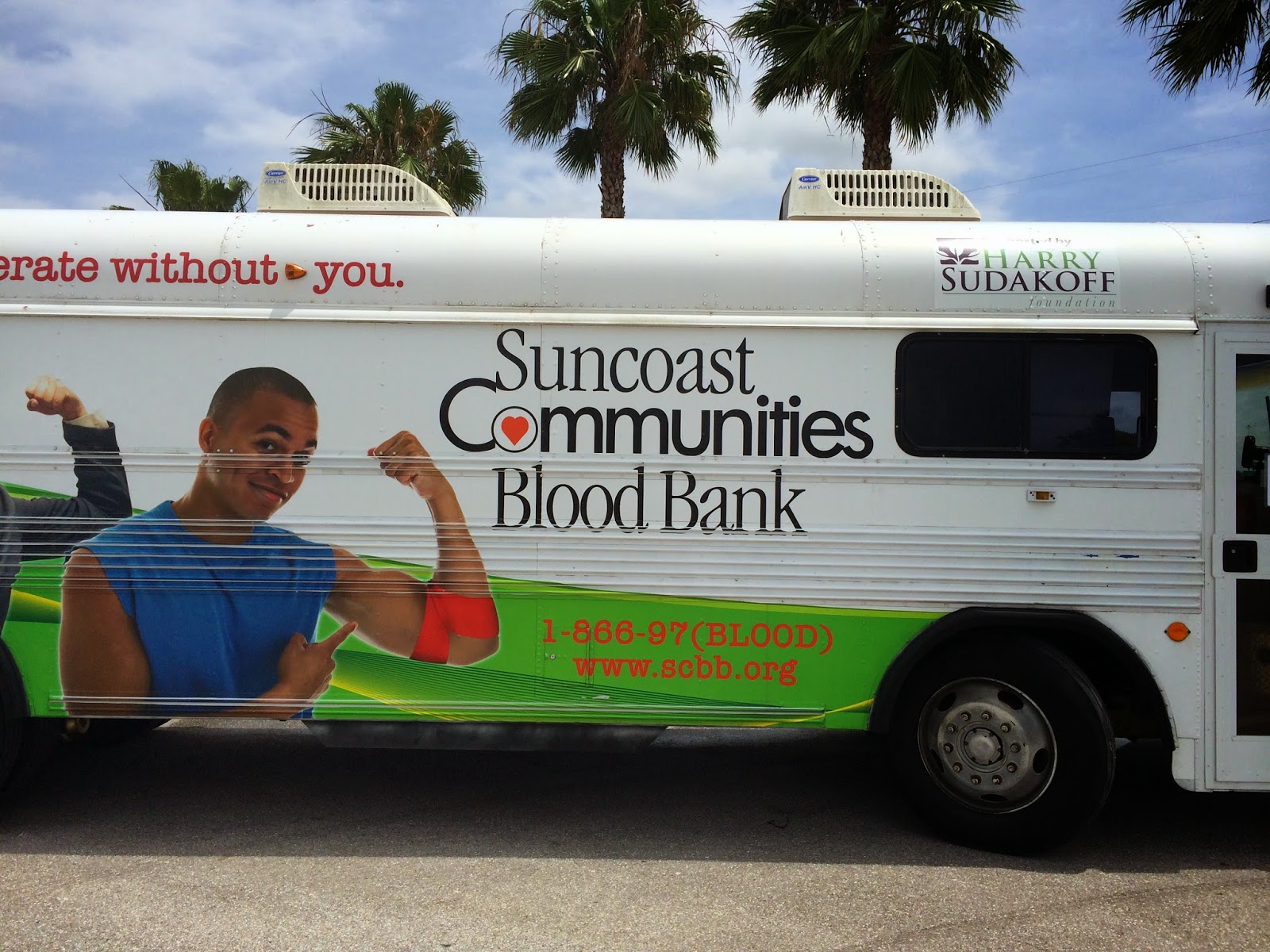 Sparky signed up, and was led by a kind volunteer to one of SEVEN portable blood mobile labs located in the Target parking lot at University Drive, Sarasota, and to a capable phlebotomist named Alyssa. Alyssa was very thoughtful and caring, very thorough in her explanations and the  whole procedure went very very smoothly. Alyssa asked Sparky if she was going to pick a song after the donation, and Sparky said, "Oh, yeah! Got it all picked out. I'm going to ask for Robin Thicke's "Blurred Lines". (That's a really funky dance song in case anybody is not familiar with it.) Alyssa says, "Oh, terrific! I love that song. I've been wanting to hear some up tempo music. Ask for that, would you?" Sparky said, "Absolutely!" So she did! Sparky got a cute little bow on her bandage when she was finished. 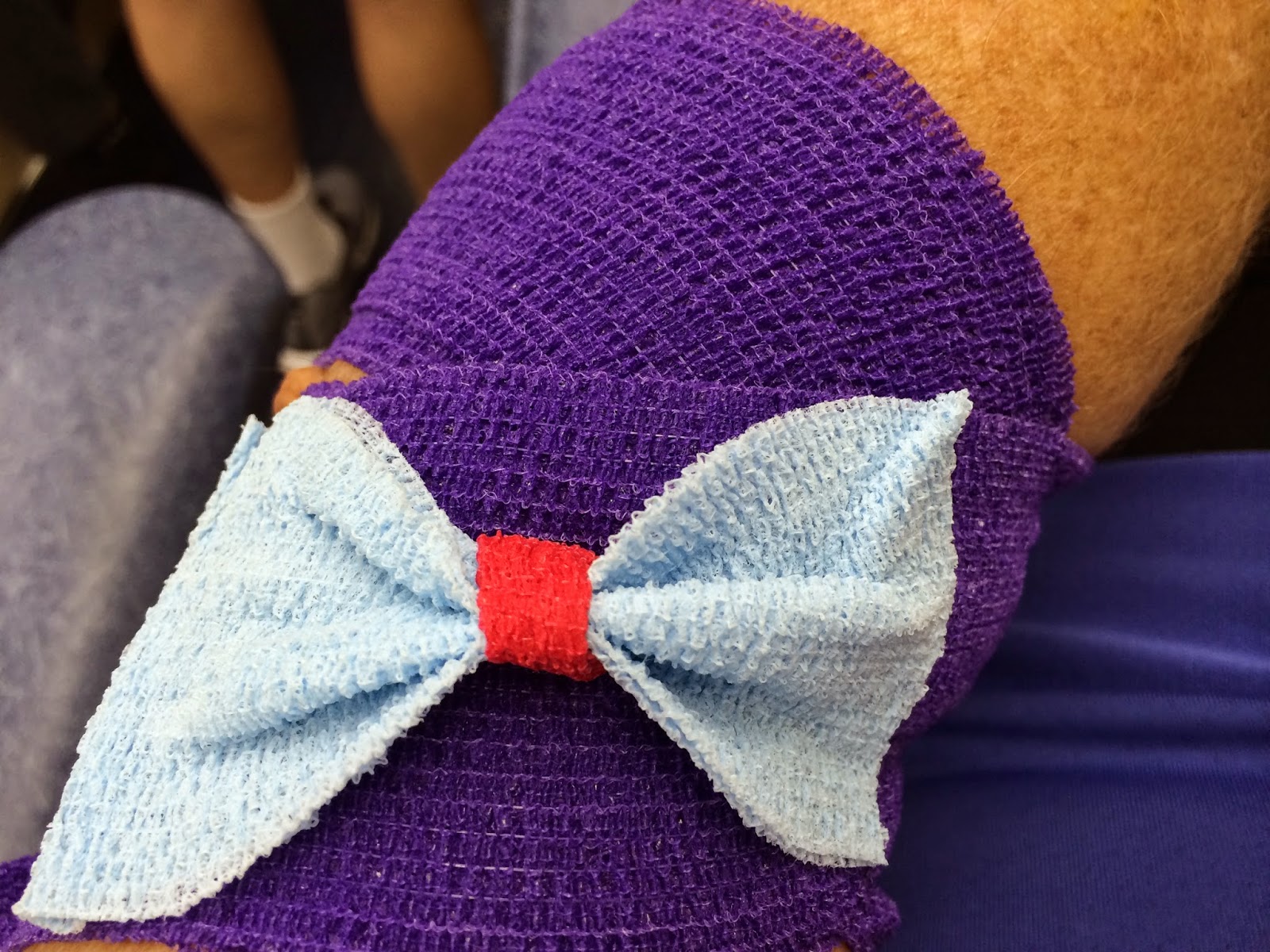 On the way to some errands afterwards, Sparky was listening to the radio in the car, and her song came on! She decided to call the radio station and just thank them for a fun, enjoyable experience. She wasn't thinking when she started to explain that she was 63 years old, and a first time donor. The receptionist says, "Just a second, would you mind if I patched you into the D.J.'s?" Sparky said no problem. All of a sudden, she was talking live, on the air, and basically explained again, she was a first time donor. They were shocked and asked some questions. Sparky explained that she didn't know why she waited so long, fears kept holding her back, etc., and that she was glad she decided to donate, and planned to be one from now on on a regular basis. After ending the phone call, a few minutes later, the d.j.'s played Sparky's "confession", saying that she didn't know it, but her phone call today would help a lot of other people in the same on-the-fence situation, take that step forward and donate. They played that conversation several times the rest of the day during the drive. AND, because Sparky snuck in that "favorite radio station" bit, they played THAT several times, too, the rest of the day!  It was fun to hear your own voice, although it sounded very different to Sparky.

Sparky had such an enjoyable experience, that she dragged Eldy back to the blood mobile for HIM to donate. He thinks he hadn't donated since he was in his twenties, and he donated a DOUBLE unit…Way to go, Eldy! 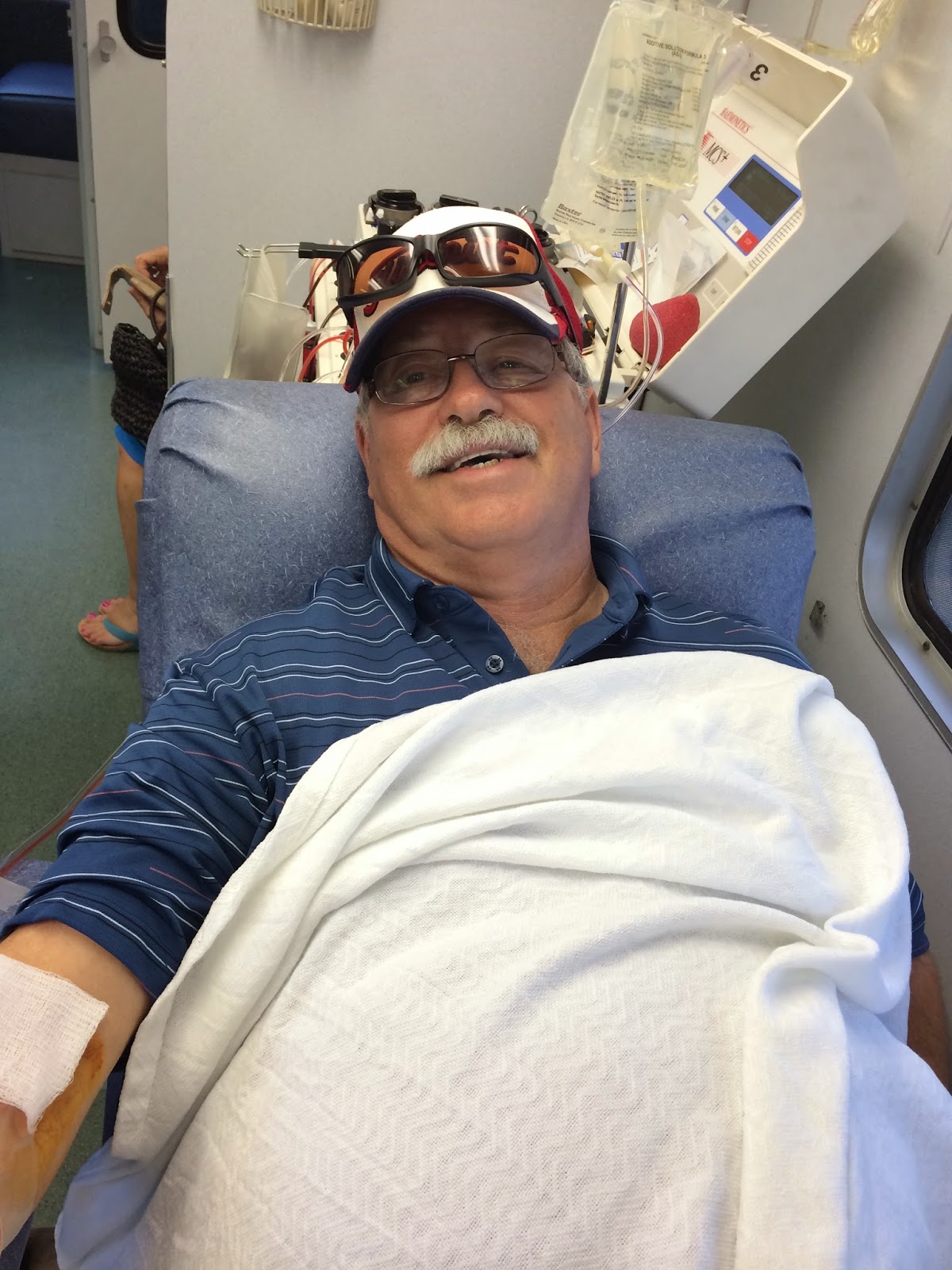 A terrific experience, and both of us have decided that we will not hesitate to be donors again in the very near future, with no enticements needed… It's something we both should have been doing all along. It just took a little push! Thanks to the WSRZ radio station for putting together such a great drive...AND they beat last year's record for number of pints donated, over 600 in one day!
Posted by Jeannie and Eldy at 11:00 PM