How to Find a REAL Christmas Tree in Florida

Oh, the search was on….Once we decided we were going to have a REAL tree in our first REAL house since living in the motorhome for three years, we started doing research on where to find a real one. (AHEM!) Uh, oh yeah... Eldy started doing research on where to find a nice one. Yes, you can find real trees on lots around Sarasota and Bradenton, but they aren't in really good shape. They've been cut weeks ago, having been sitting on lots for awhile, and they look like some of them might have even been sprayed to preserve their color.

Most of the real Christmas trees delivered to Florida come from the Carolinas. A guy at Lowe's admitted that his last truckload of trees had been cut SIX WEEKS ago…YIKES! What an admission to make to a possible customer. He had a load right in front of him that had come in, and he was arguing with the truck driver on who was going to unload them. We were turned off by that admission and the condition of the trees we saw. People were buying them from Lowe's but we just wanted something a little fresher than that…Eldy saw an ad for Hazeltine Nursery on North River Road in Venice…It said that their trees come in on refrigerated trucks. That sounded good, so we thought we'd go check them out. 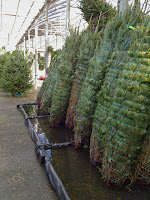 Once we got there, we learned that not only do they bring the trees in on refrigerated trucks, they make a fresh cut off the bottoms and then stick them in water and water them every day. Terrific! We thought that was a step above and beyond the normal lot treatment of Christmas trees that come from up north. They had tons of Fraser firs and they were beautiful! We picked out an 8 footer, it was about 65.00, managed to get it inside our Honda CR-V and home we headed!

Sparky LOVES decorating the tree each year with handmade ornaments made by her. 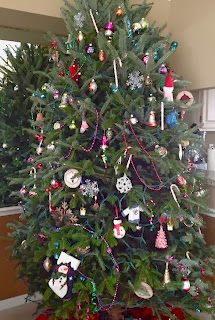 Half of her collection is still up north in a storage shed, but she managed to get quite a few made and on this year's tree. Lots of little sweaters are on the tree, mittens, little socks, and Santas…. 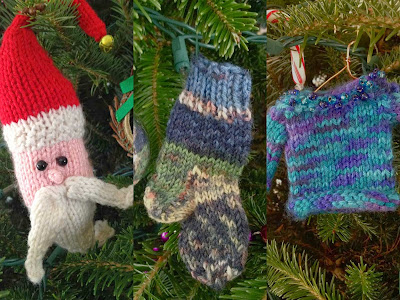 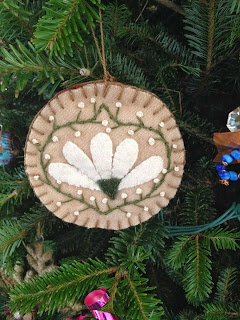 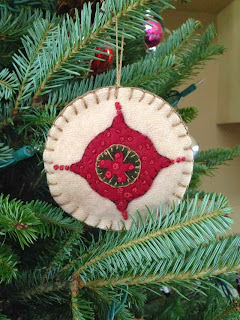 Sparky's got the garland up on the architectural shelf in the great room... 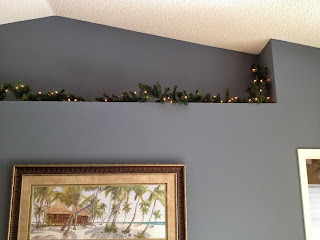 We've got our light pole wrapped outside…. 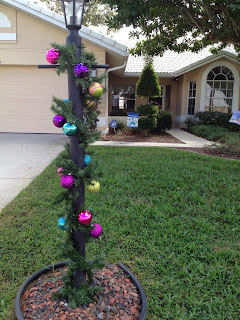 And that about wraps things up for now….See you later…We're off to meet blogger friends, see the Sarasota boat parade and a bunch of other things!
Posted by Jeannie and Eldy at 9:00 PM

Email ThisBlogThis!Share to TwitterShare to FacebookShare to Pinterest
Labels: Hazeltine Nursery, Sparky's handmade ornaments, where to find a real Christmas tree in the Bradenton/Sarasota area