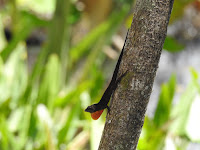 Every once in awhile, we get antsy and want to get out on the road. We really miss the RVing lifestyle! Sometimes it's a magnificent trip to Alaska, most of the time it's a little day trip somewhere. There's lots to do and see in Florida, that's for sure! Several years ago, we visited Corkscrew Swamp Sanctuary near Naples, FL, about 30 miles east. Must have been about seven years or more, so we thought it would be cool to set out for Naples and revisit this wonderful place once again. It's a little less than two hours from Bradenton. We read that it had sustained some damage from Hurricane Irma, but was open to the public. It is open from 7:30-5:30PM every day of the year. So off we went! 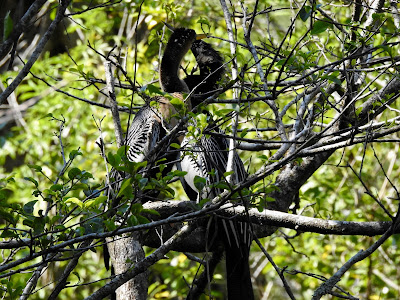 It did not disappoint! The boardwalk is a 2.5 mile walk around the swamp, which had dried up in many places. This is normal for this time of year, it's the dry season. The birds move around and in different spots as the water levels rise and lower depending upon the weather and the season. The weather was hot today, and although there is some shade as you walk around, you can easily get overheated if you don't bring water. AHEM! You can get overheated if you don't bring water! (We forgot.)We saw the usual anhingas, anhingas doing a mating dance/ritual, which is NOT so usual. These two love birds were twining and untwining their necks around each other. They were either getting ready to make a nest, or they were just cementing their relationship before getting started!

We saw lots of strangler figs that manage to securely attach themselves to trees. They make such interesting patterns! The ficus aurea, the Florida fig is common around here. The seeds are dropped usually near the tops of trees by birds, then they grow their roots downward and start wrapping and grafting several roots together around the host tree. Sometimes the host tree will die, but some times they do not. If the host tree is older than the strangler fig, it will mostly likely die and rot away, leaving a tree column of roots with the trunk made of this circular pattern of roots. It then provides shelter and habitat for forest animals, so it's not all bad news! 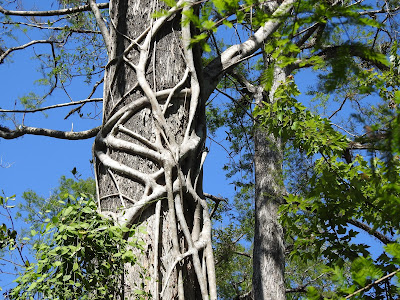 Sparky spotted a red bellied woodpecker high up in a tree. 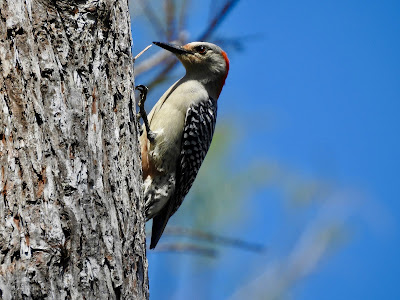 And then, we happened upon a group of people intently looking over the boardwalk at a snake (ugh) who had just ambushed a frog, (really ugh...) and was just starting to eat it. Ewwwwwwww.... 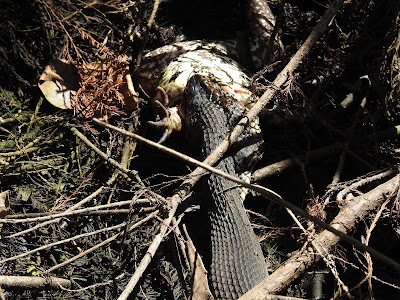 Let's go see something pretty, says Sparky to Eldo, so we moved on.....This is much better! 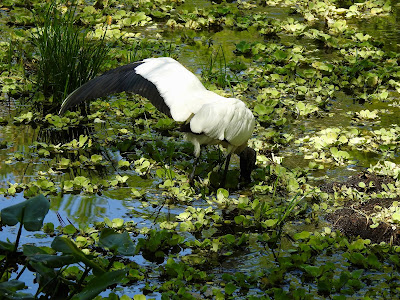 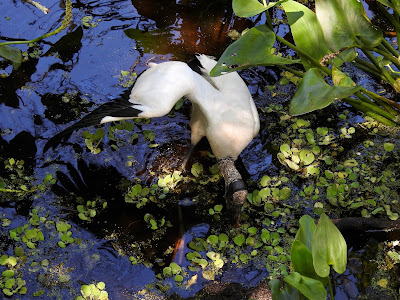 This is a wood stork...he's got one wing hanging out occasionally. While he's foraging for food, he will stick out one wing to provide shade so he can see better in the marsh, "the better to eat you with, my dear!" He was oblivious to the gawkers on the boardwalk. Guess they are really used to seeing people. We walked the whole 2.5 miles, even though we were hot. You never know what you are going to see around the corner. Whaddya know....another snake...ugh again. At least this one wasn't eating anything at the moment. 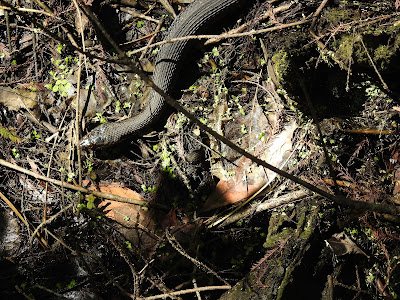 Probably one of the coolest things we saw was this yellow crowned night heron. Normally, they are sort of sleepyheads during the day, and out of sight, but this one was out and about. He didn't care at all that Sparky was immediately above him! 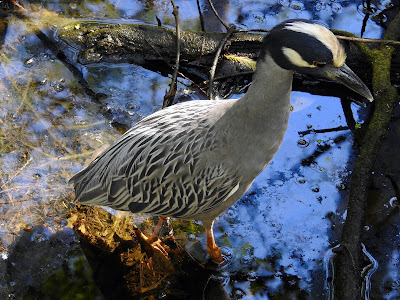 He was beautiful! He sat and posed for a long time, even though this guy was near by......Sparky just read in a Scholastic Magazine to the kids at school last week that if an alligator eats an animal or fairly good size meal, he might not eat again for a year! 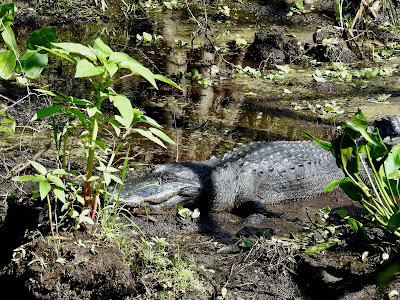 We were coming to the end of the boardwalk...a couple more sightings...a little blue heron strutting along on a mission.... 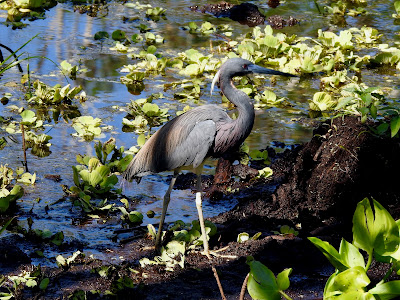 And some beautiful wild iris.... 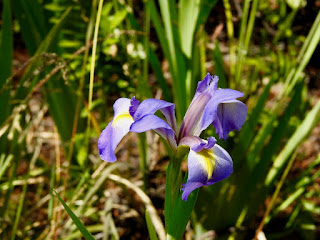 It was a lovely day, not a cloud in the sky....We highly recommend visiting here. Just a note: We did see a LOT of hurricane damage, 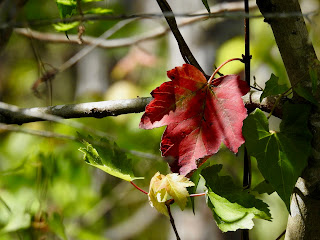 lots of trees down, big ones. The boardwalk is damaged and closed off in several places like in different connecting sections but we were still able to go for a nice long walk and see so much while we were there. I hope they will continue to repair and reconstruct this beautiful Audubon site. It's a treasure for southwestern Florida, that's for sure! 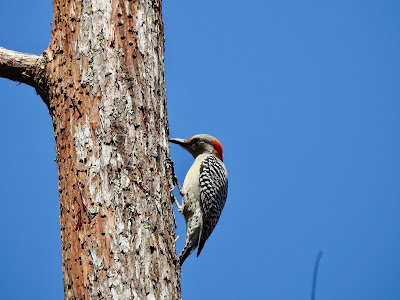 Posted by Jeannie and Eldy at 6:29 PM