We've never really worried about hurricanes here in the Sarasota/Bradenton area in the four years we've lived here. We are about 30 miles inland from the coast on the west side of Florida, an hour south of Tampa.We knew there was always a possibility, but 1) they hadn't had a direct hit hurricane in the area for about 90 years, and 2) we are not in a flood plain. We don't even carry flood insurance. We don't have hurricane shutters. Very few people in our neighborhood have hurricane shutters. 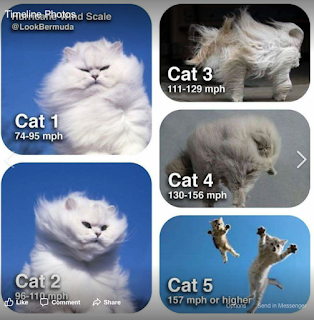 So in the first few days of last week, Monday, Tuesday, and Wednesday, Sept. 4-6th, we were
watching the weather, in particular, our favorite weatherman, Denis Phillips of ABC10 News as he talked about a newly named hurricane by the name of Irma. He wasn't too worried. The system was well out in the Atlantic, and he was going to watch it very carefully....As the week progressed, the storm developed into a category 4, then a category 5, still out in the Atlantic and he was now watching it VERY carefully. A little note about Denis Phillips, Tampa Bay weatherman. He is probably THE most calm, non-excitable weatherman. He's cute, and always wears suspenders. He doesn't sugarcoat any bad weather news, he gives you all the probabilities and a very measured opinion and he doesn't hype up the storm like other weather stations do. And he doesn't do stupid stuff like go out in the raging hurricane gust winds and show you hard how it is to stand up in the wind with palm fronds and tree limbs flying by past you. (Really, Weather Channel? How stupid is that?) He has a favorite rule, rule #7--Don't freak out unless Denis Phillips freaks out. So we felt safe and secure....We continued to watch...and started to prepare. The stores started emptying out of basic hurricane supplies, water, food, plywood, etc. It appeared people were taking notice of the weather stations to prepare, prepare, prepare, and they did. 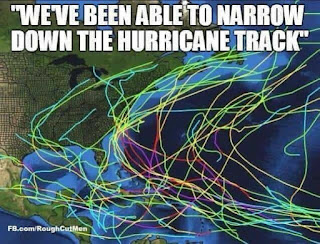 Around Wednesday, the spaghetti models and predictor models from several different sources were saying that the hurricane was a category 5, and it was a monster storm, one of the largest ever to form in the Atlantic.  What is a spaghetti model? It's a method of viewing data to visualize possible flows of weather systems. It looks just like spaghetti! But--according to Denis and other weather reports, the hurricane was going to hang over Cuba for a couple of days, it would weaken, and then take a turn northEAST around Saturday and head up the EAST coast. There were a few strings of spaghetti showing going up the central and west coast but the majority agreed it was a east side storm side for FL. So far so good. Remember, we're on the west side. The worst side of a hurricane to be on is the EAST side---the worst winds, the worst chances for developing tornadoes.  Eldy started looking at Pensacola, FL, up in the panhandle for rooms--plenty of rooms.... 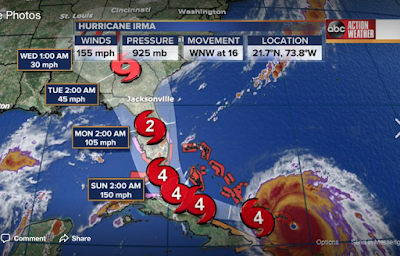 Thursday, the spaghetti models changed a bit. They were now showing lots of strings moving up more to the central part of the state, covering almost the entire state and a turn still happening around some time Saturday. We weren't worried. Denis thought that although the storm would make landfall at the southern tip of Florida, things were still pointing to the central, north central direction of the state. We decided to hang in there and see.....we got sandbags. Sparky prepared TONS of containers for the freezer in case we lost power. She got all her Tupperware containers and recycled plastic tubs and made ice. We bought bagged ice, Sparky cleaned out the perishable side of the fridge down to some basics and turned down the fridge to as cold as it would go. Sparky started preparing for a possible evacuation. If it was a category 3 or higher, we were definitely going to leave....Sparky talked to everybody she knew, and now the conversations at work were, "Are you going? Are you staying?" School was in session thru Thursday and they finally called it off for Friday. 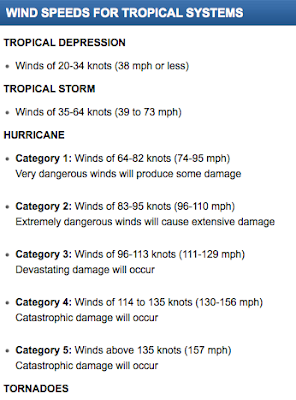 On Friday, Denis was still thinking the storm was going to take a turn and although he predicted the storm was going to be coming thru the central part of the state, we would not get the worst hurricane winds, at most, perhaps tropical wind force winds with hurricane gusts...He did say the hurricane had shifted just a slight bit to the west, but it could shift back to the east overnight. All week it had wobbled back and forth like windshield wipers. Sparky packed some coolers with remaining perishable foods. She packed bread and peanut butter, snacks, pop, and cleaned out the right side of the fridge completely. She turned down the thermostat to the fridge to as cold as it would go. Fridge was ready.....Sparky was almost ready. Eldy was holding off. There were now NO ROOMS anywhere north in the panhandle, southern GA, or Pensacola area.

Sparky packed some more things, just in case...she looked around for what were THE most essential things in case the hurricane hit our area. H-m-mmmm...her dies for her die cutting machine, the Big Shot--they were expensive! Got to take those...Gotta take her big collection of knitting needles, medicines, check. Extra clothing, check. Important papers and photos, check. Bag anything in the craft room that might get wet should we lose our 1990's roof. Bag clothing in the closet in case water leaks through the roof. Pack the computer and tablet. Pack season 2 of the Outlander, one of Sparky's favorite TV shows. Check. Eldy went to bed early in case we had to get up early to leave. Sparky continued to pack. Updates for the hurricane were every day at 11:00 PM and 5:00 AM.  Eldy had said, if there's any change, we could leave in the middle of the night to avoid a big exodus of traffic. Sparky continued to pack. Then she went to bed. At 2:30 AM, something made her wake up, oh, right, the bathroom called. She got up, turned on the TV and there, blasting away, was Irma coming up the WEST side of the coast, hitting the Everglades and the Keys and heading straight for Sarasota, Bradenton, and Tampa in a few hours, forecasted as a category 3. NO TURN.....OUR AREA. We are in-between the 4 and the 1, an hour south of Tampa. It didn't look good. 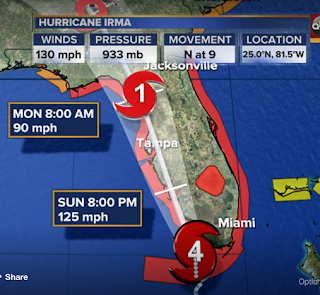 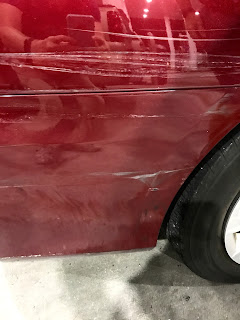 "ELDY, WAKE UP! IT'S COMING STRAIGHT FOR US!" perhaps a little overly dramatic. Eldy was dead asleep, but it didn't take long for it to sink in, and he got up. We turned off the AC, the pool, and the hot water heater to reduce electrical load should the power go off and surge back on. He packed, we loaded up the car, and decided to hit the road at 3:30 AM. Traffic was very light...Since the hurricane was now heading up the west coast, we decided to head up the east coast. Eldy's brother had a place in Myrtle Beach and kindly offered it to us as long as we needed....a BIG thank you to him and his wife Shell. We drove away from the storm. It was an easy drive, with very little traffic EXCEPT for one thing. Two hours into the drive, in a rainstorm, WHAM! A car sideswiped us on the passenger side, and kept driving, a hit and run driver. We sped up and flashed our lights to try and get the guy to pull over, but he sped up and exited at the very next exit. There was no way to stop and call the cops until exit 358 on I-75. We sustained some minor damage and passenger Sparky wasn't traumatized.

This is a photo of traffic before the storm, heading north on I-75. Internet photo. 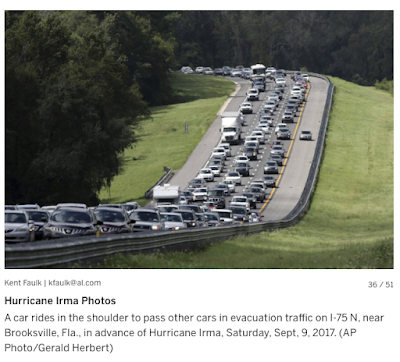 The remainder of the trip out of FL was uneventful. There had been two previous waves of evacation the past week, one was on Wednesday, and the second one was on Friday. Seven MILLION people had been ORDERED to evacuate Florida, the largest evacuation in U.S. history, according to the news.

We left in the middle of the night Friday, so we were in good shape. We stopped in Charleston, SC (remember that town for later on the way back) and stayed at a wonderful Best Western in Charleston.

We continued to watch the news....and Denis Phillips...He was saying on Saturday that it would not be a category 4 but a category 3, and landfall would be around the Naples area, so by the time it came to our area, it may weaken a bit. Still, winds and wind gusts were formidable. By Saturday afternoon, we were in Myrtle Beach and safe.....By Saturday night, the turn had NOT happened, but because Irma would make landfall south of our Sarasota/Bradenton area in the keys and possiblly a second landfall further north, it would weaken as it moved up the state and they were now talking category 1......Wind gusts of 74-95 miles and hour with hurricane gusts of over 100 m.p.h. We went to bed Saturday night with hopes that our area would not be too badly hit.....

Sunday, we watched the news off and on all day....One of the most interesting things to happen which is a very rare occurrence, before the hurricane hit Florida full force, was a reverse storm surge. The winds sucked the water out of Tampa Bay and other low lying coastal areas. The winds would continued to circulate and eventually the water flowed back in. Manatees were stranded and people went out to rescue them, which was a heartwarming but dangerous thing to do, because nobody knew when the water would flow back in. People were out walking in Tampa Bay and the beach areas where all the water had disappeared, on the sand which is normally under water. (The winds out of Tampa were southwesterly, which pushed the water from the bay into the Gulf of Mexico. The surge is maximized when the tide is low and the bays are shallow.) It was weird seeing this! 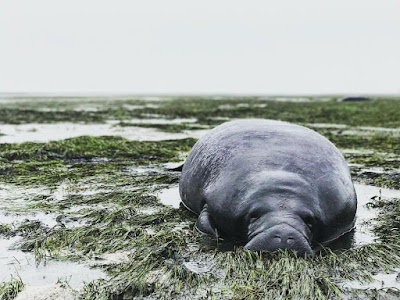 The day went on...it seemed like forever.....Friends were texting from Florida, giving us the latest news. Then cell service from our area became interrupted and intermittent. We watched anxiously as the storm moved north...Friends were moving into shelters.

The storm was HUGE! It covered the entire state of Florida. No one would escape its wrath, it appeared. As it passed through familiar areas to us, we saw that although the winds were fierce, the storm was not pushing through the 100 M.ph. steady sustained winds that had been previously forecasted. Our area of Bradenton/Sarasota ended up getting tropical storm force winds with gusts of over 95 m.p.h., down from a category 1 forecast.....We heard our residential area still had power....We started talking about going home and trying to beat the millions of Floridians that had evacuated this past week. It was with a great deal of relief and feeling blessed as we headed to bed Sunday night. We would make a decision in the morning as to whether to stay or leave SC. 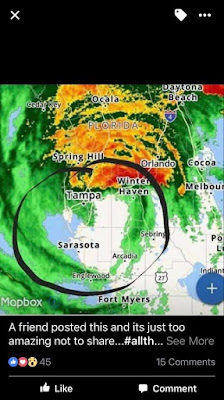