Sparky is anxiously awaiting the arrival of fall....Oh, yeah, wait a minute, we don't really have a fall...but it's nice to pretend. Temps are starting to come down a LITTLE...like high eighties all next week. Whew! Sparky loves to craft fall things, and when football comes on, that makes Sparky think of fall leaves, crisp fall mornings, and time to start knitting scarves and making fall items...Take a ride over to "Millie's Girls" if you'd like to see what Sparky has been crafting to get into the fall spirit.

In the mean time.....it's our weekly jaunt to Anna Maria Island Gulf Gate Tiki Bar and Grill for breakfast, and then a ride over the Anna Maria Island City Pier to see what's happening there....Always something! Today it was a momma manatee and her baby swimming right in front of us under the pier and off into the distance. Momma had a scar, a small one...We think every manatee we've seen has had a scar so far....some really big, some small. Not sure if that's an encounter with a boat or something else that caused it, but always a little sad to see..... 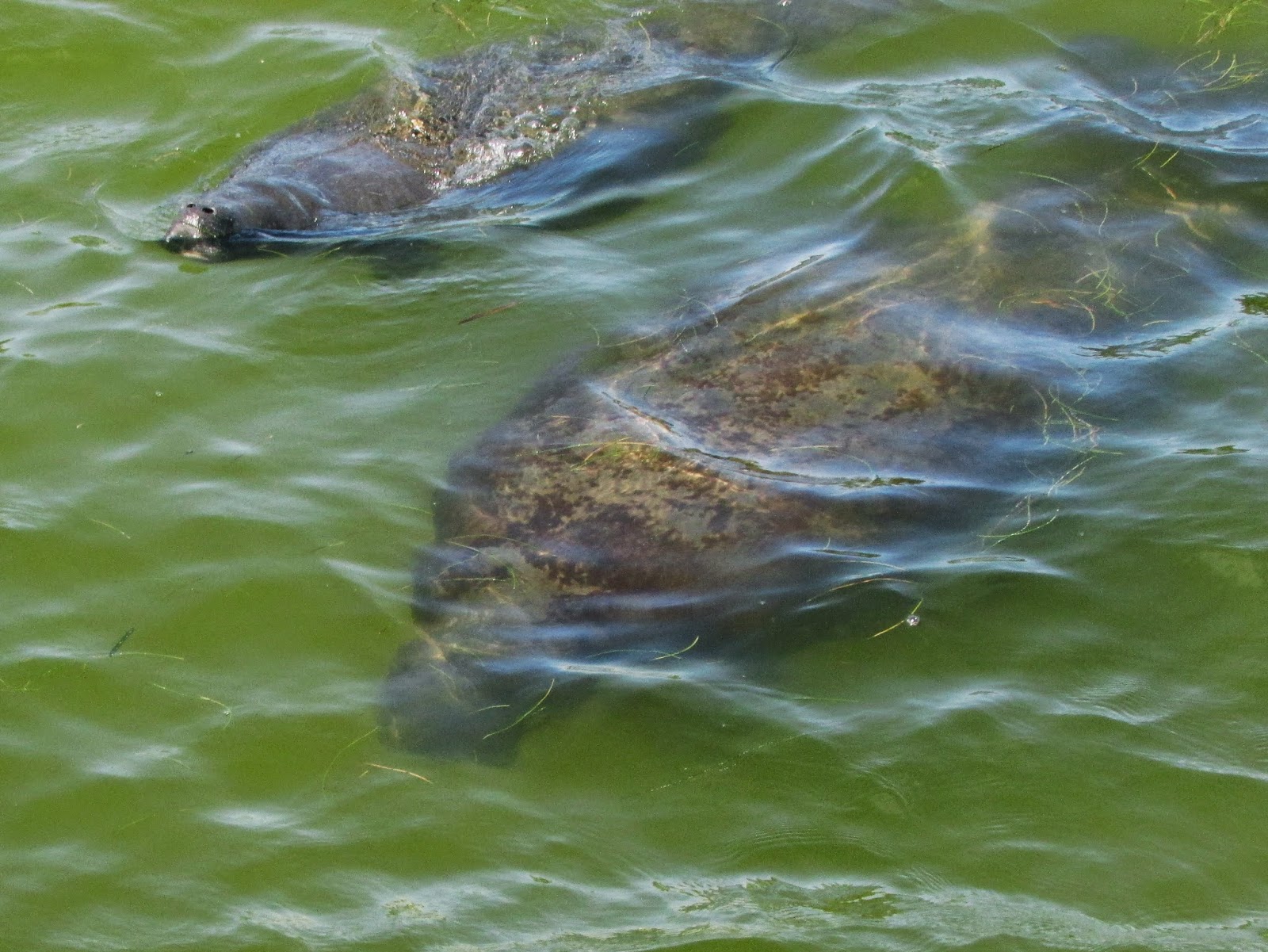 There were lots of Great Blue herons there at the pier today...Several were on top of the building that houses a restaurant and a bar at the end of the pier. 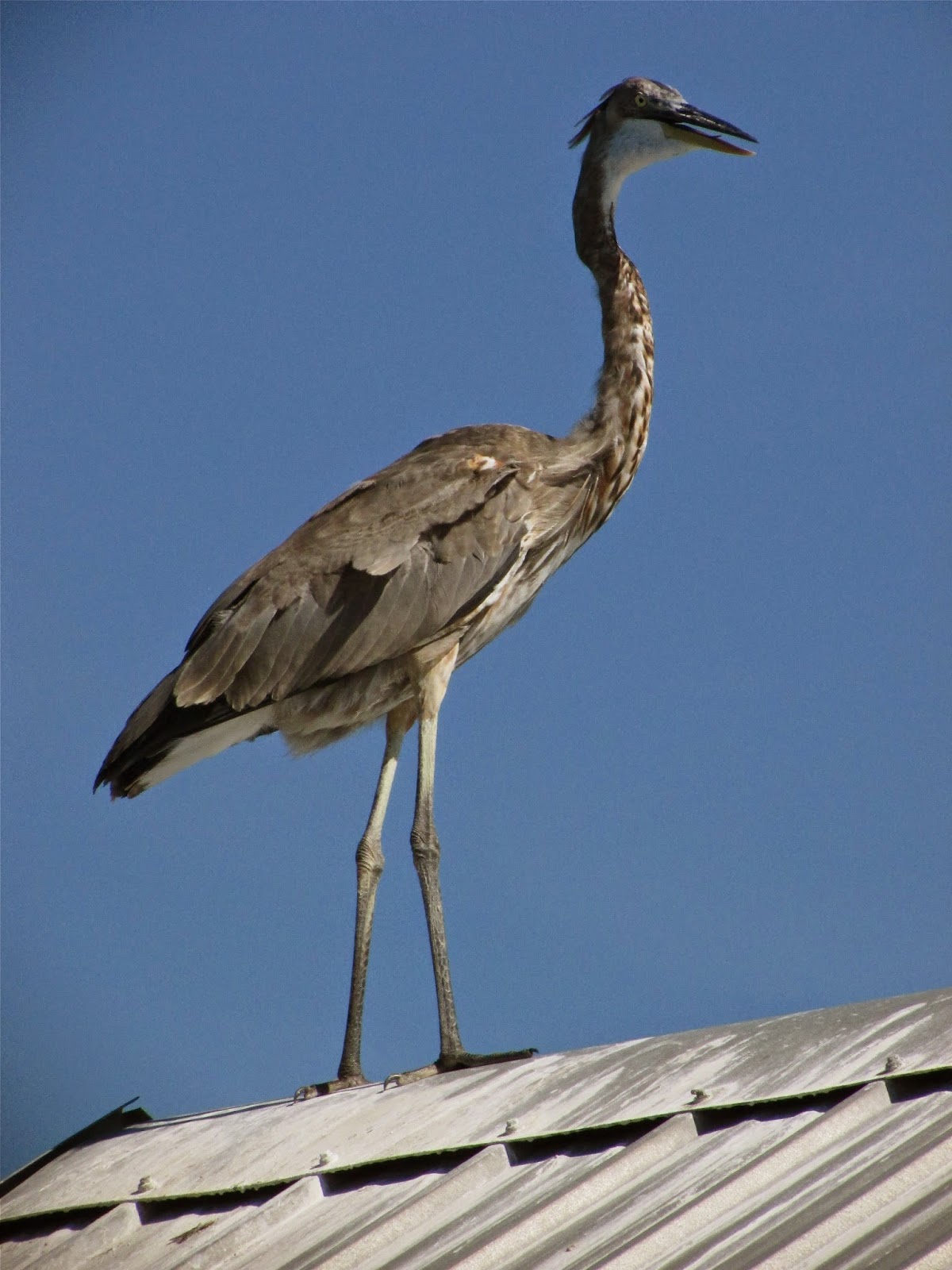 One had himself situated just so....It's cool to see animals and birds in nature that obviously inspire people to design things---like tripod stands for cameras. 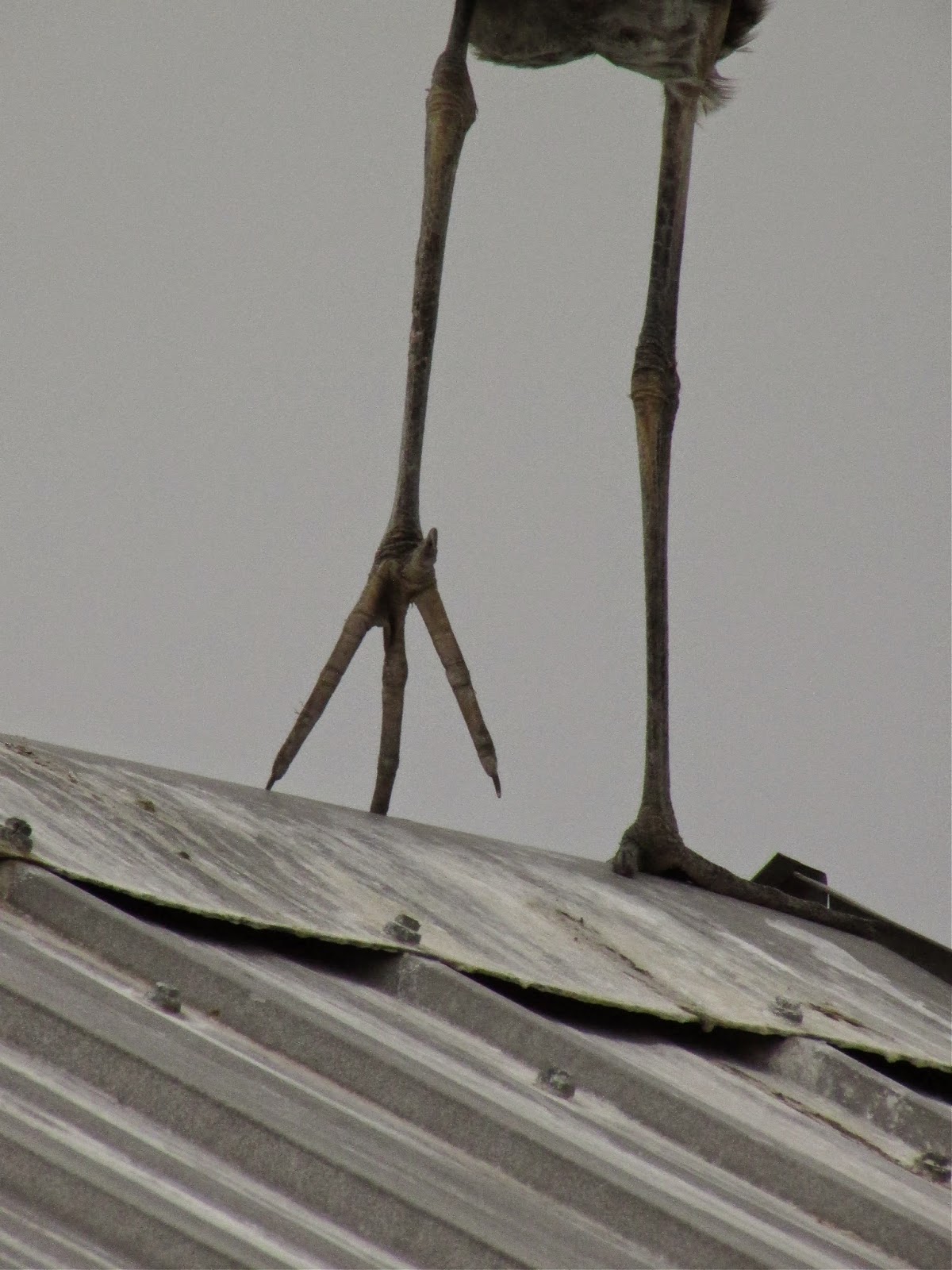 And this one was having a bad hair day! 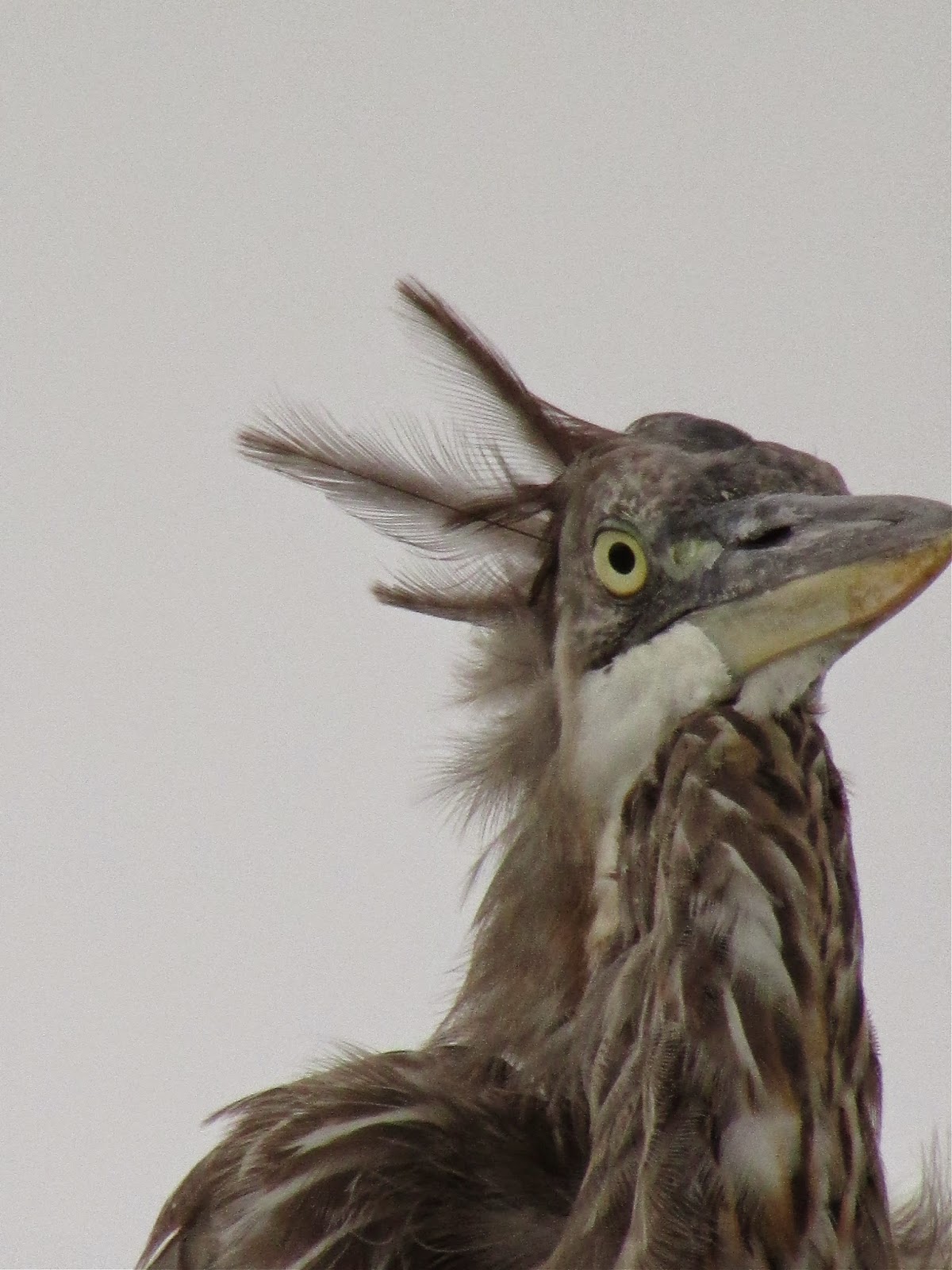 And what else is new?  Eldy has lit a fire in himself to get in shape. He has gone from being an admitted couch potato, snacking and watching TV for hours on end, to a bicycling' road dude, dieting and whipping himself into shape.  He's lost 13 pounds in just a few weeks, and now cycles and average of more than 12 miles a day. He decided to take this cycling so seriously, he bought himself a road bike, and the biking gear to go along with it. 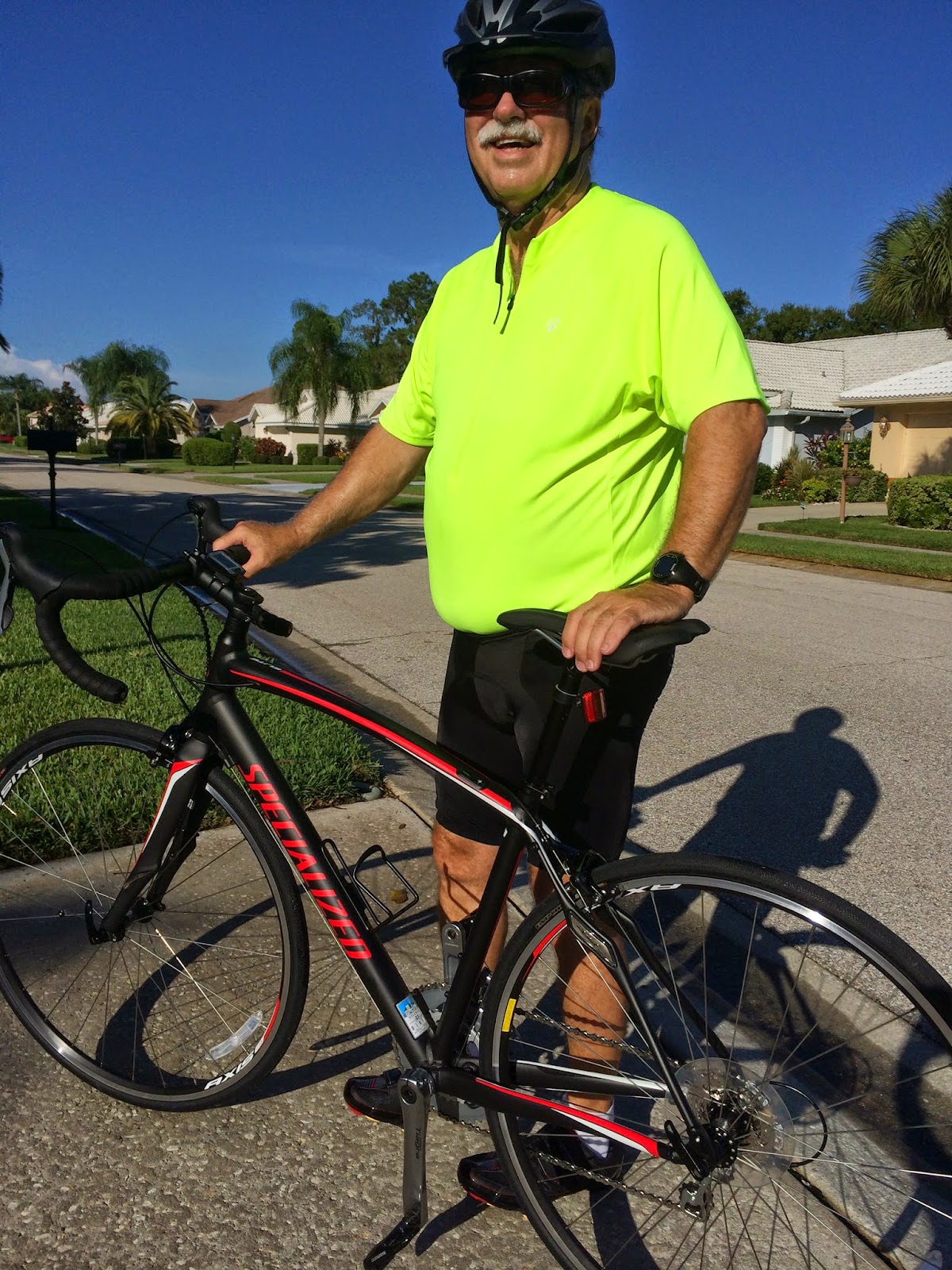 He is bound and determined to get his blood pressure down and his sugar levels through exercising. Neither one of us has to take medication, and we both want to stay that way. Sparky is really proud of him! Sparky, in the meantime, has sloughed off...The heat really got to her this summer, but she's starting to realize she needs to keep some kind of routine going for her.  Playing pickle ball once every couple of weeks is NOT enough to keep the pounds at bay...Time to for HER to get back to some serious exercise...She's just not sure what, yet...Walking isn't something she enjoys very much. Might take a zumba class, who knows? :-) Stay tuned.....

Posted by Jeannie and Eldy at 7:26 PM