In the form of a little person about nine years old and a boy. Time for another family visit…this time it's Eldy's daughter, Kristi, and her nine year old son, Connor, Eldy's grandson. They are down for spring break. Right away, before they arrived, Sparky started planning how to keep a nine year old occupied and entertained in a neighborhood that severely lacks in anyone under the age of 75 for supplemental entertainment. ZERO kids. Nada, zip, none. At least none that we have ever seen. The only kids in our neighborhood are the four legged ones, and some are even in strollers. What's up with that? At the risk of offending someone, Sparky does not understand walking dogs in strollers. Are they too little to walk by themselves? She knows, she knows, they ARE some people's kids…It was just a rhetorical question that doesn't need an answer.

As far as trouble, Connor is no trouble. He's just full of questions and wanting to learn lots of different things, like how to make bracelets, and how to knit, and how to make stuff like Sparky does, and why this and why that, and "why can't we????……"  Whew!

So-o-o-o-o….a trip to Caspersen Beach in Venice to look for shark's teeth….Caspersen Beach is a much more rugged beach with a rocky shoreline in part of it, and the sand is very dark. 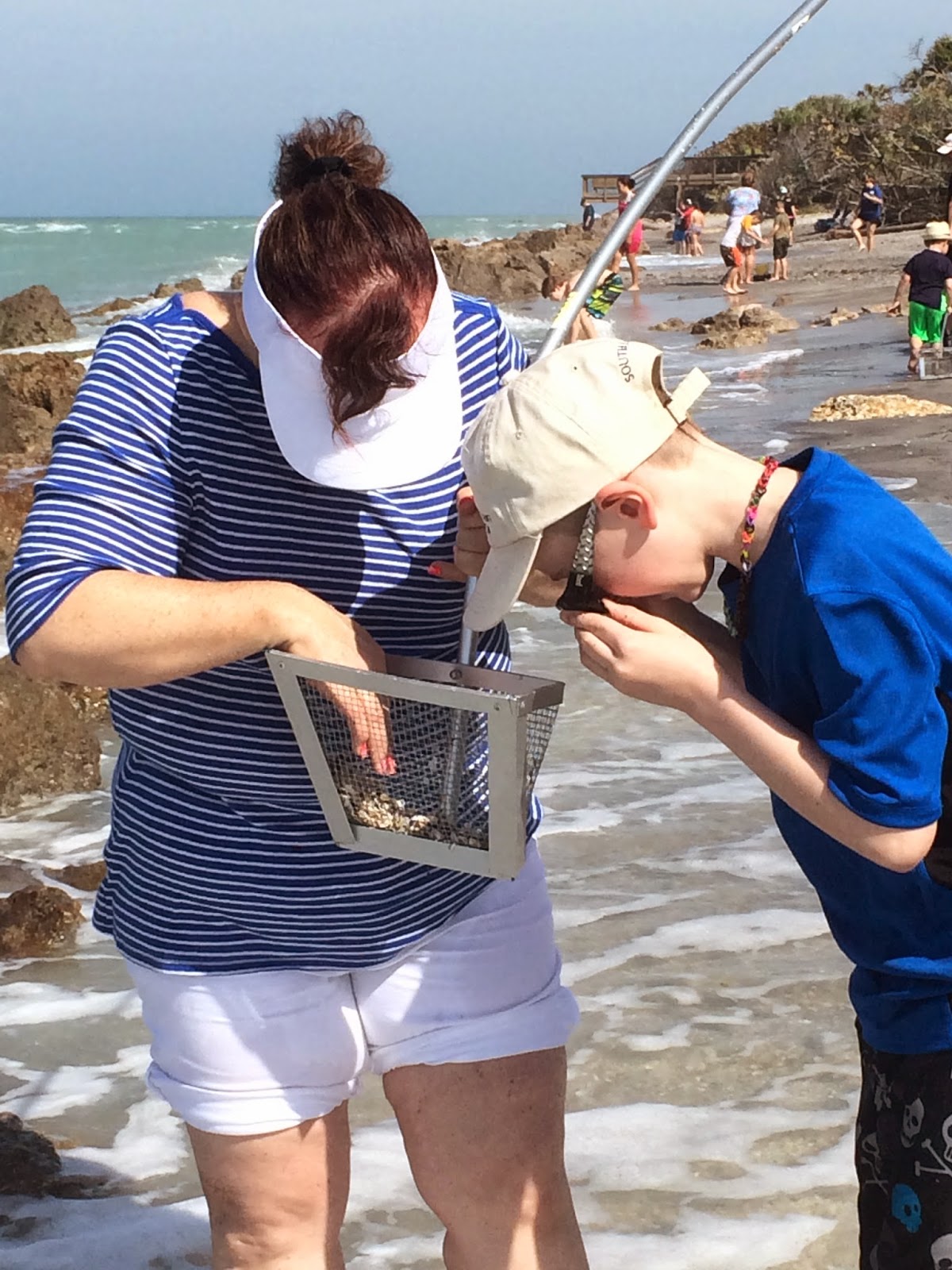 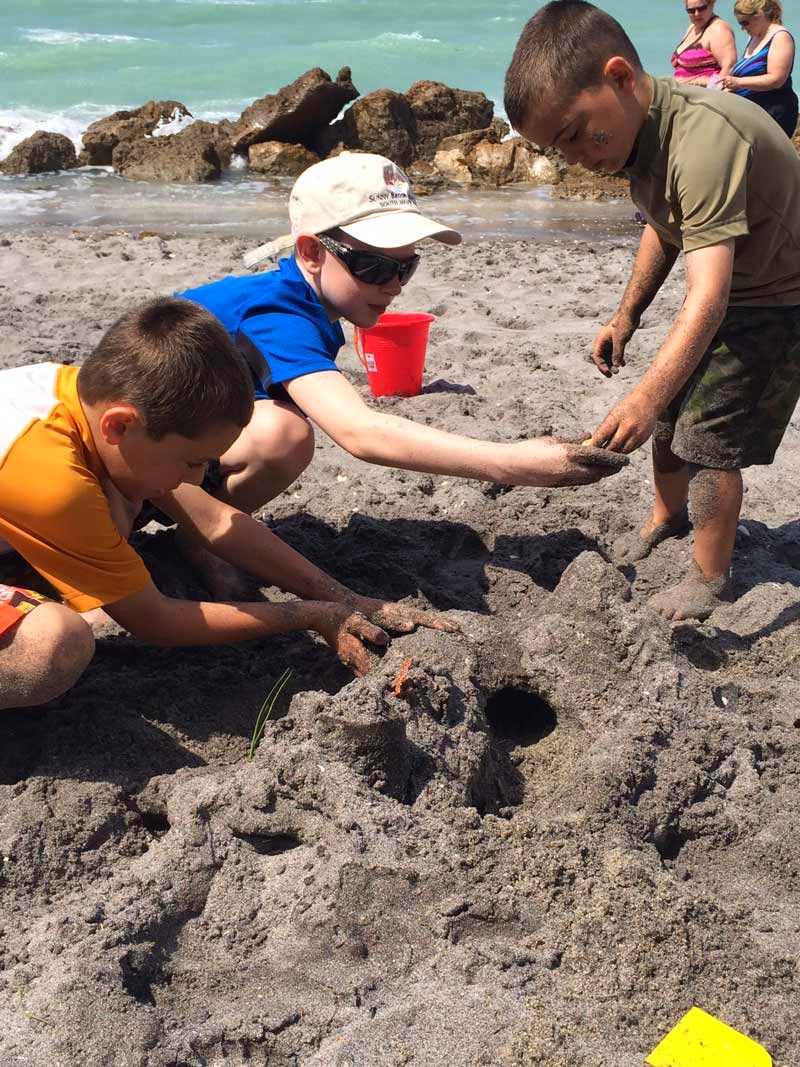 That was a GREAT place to meet other kids. Connor quickly met two brothers close to his age, and together they plotted and planned sand castles and fortresses. The kids were a riot. When Sparky asked Eldo why wasn't he walking the beach looking for bikinis, Connor asked, "Yeah, why aren't you, big boy?" being a little cheeky.  When the kids' sand tunnel/bridge collapsed, one of the boys said, "Oh, the pain!…" and the other little one launched into the very old song, "Nobody knows the trouble I've seen…." How the heck did he know that? He was about six years old!

Connor and Kristi had a ball looking for the elusive shark's teeth which used to be plentiful at the beach, but are getting harder to find. The word is getting out about the location and it's on every tourist "to do" list, we think! We've even invested in one of those strainer basket "shovels" to find them. (Walmart 18.00) Connor did a great job of looking, but no sharks' teeth to be found today….. 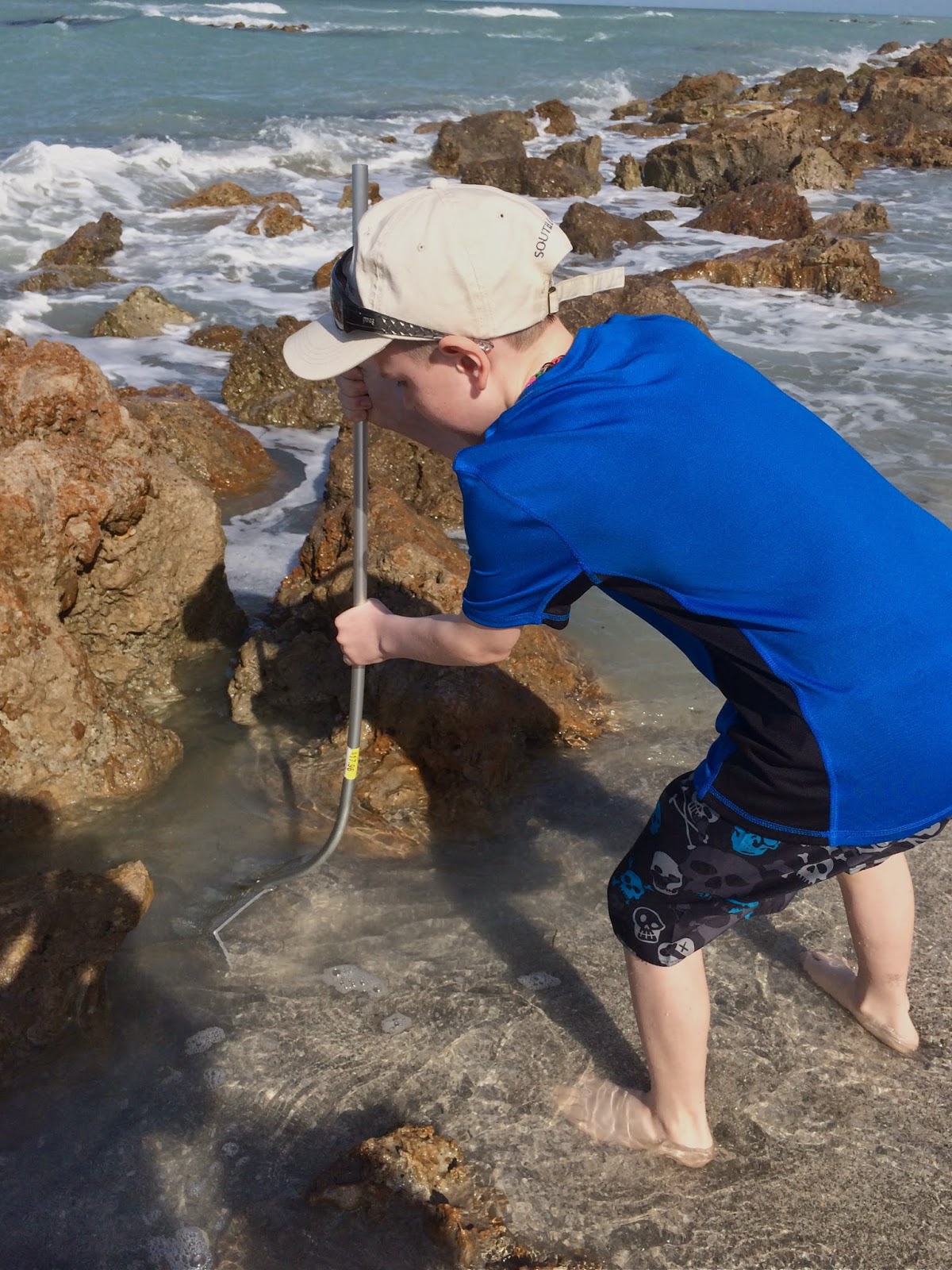 Sparky gets mad when she sees this….Dad with a hat, son with a hat, blonde baby girl, NO hat… She looked hot and was starting to look like she was getting sunburned. C'mon, parents, please protect your kids' precious fair skin! 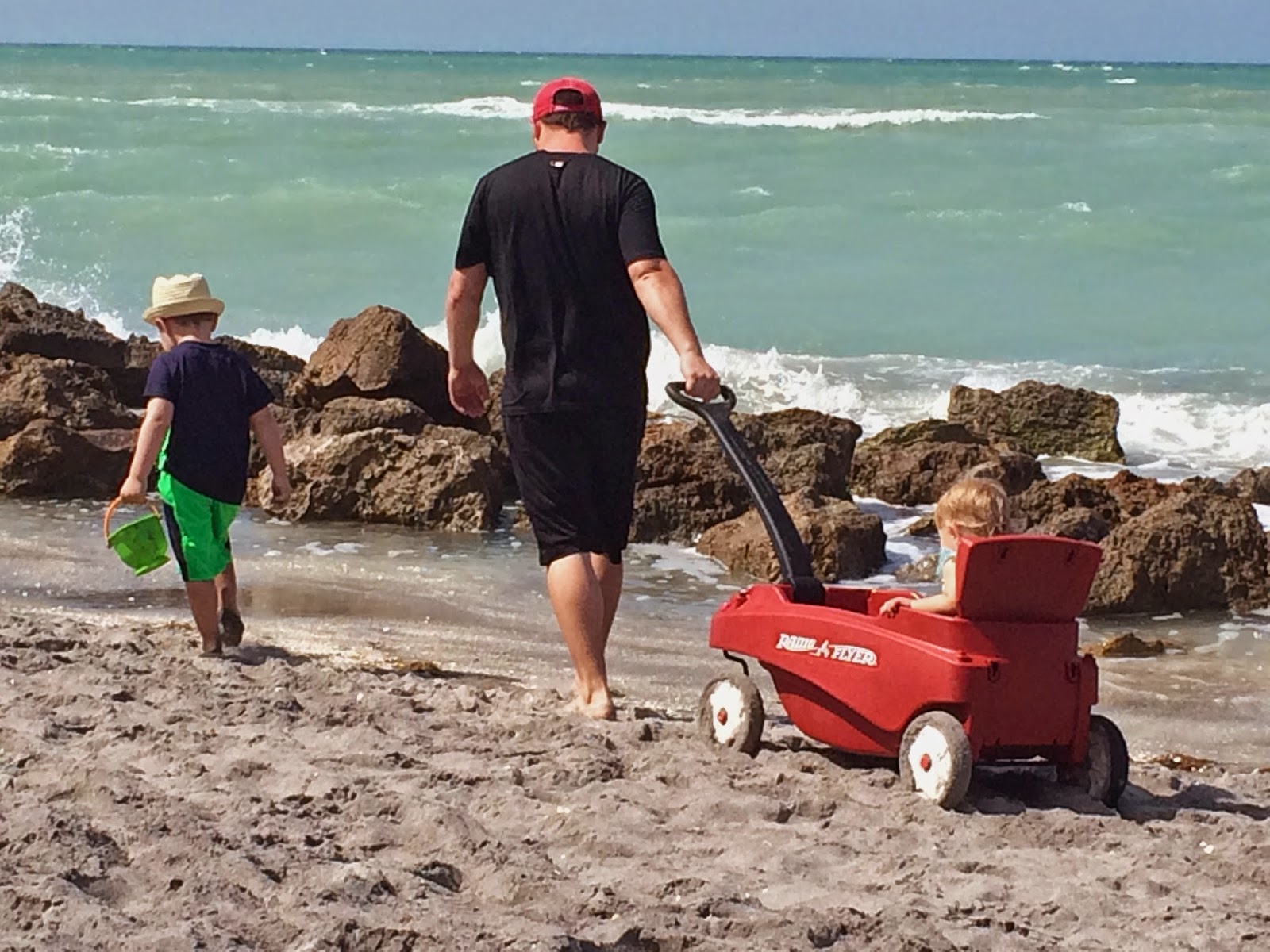 Connor checked out Papa's pool every day along with Kristi, getting some exercise and some short laps in. What is it with kids, especially the boys giving bunny ears in photos all the time? Both grandsons do it, one's in second grade, and one's in third. 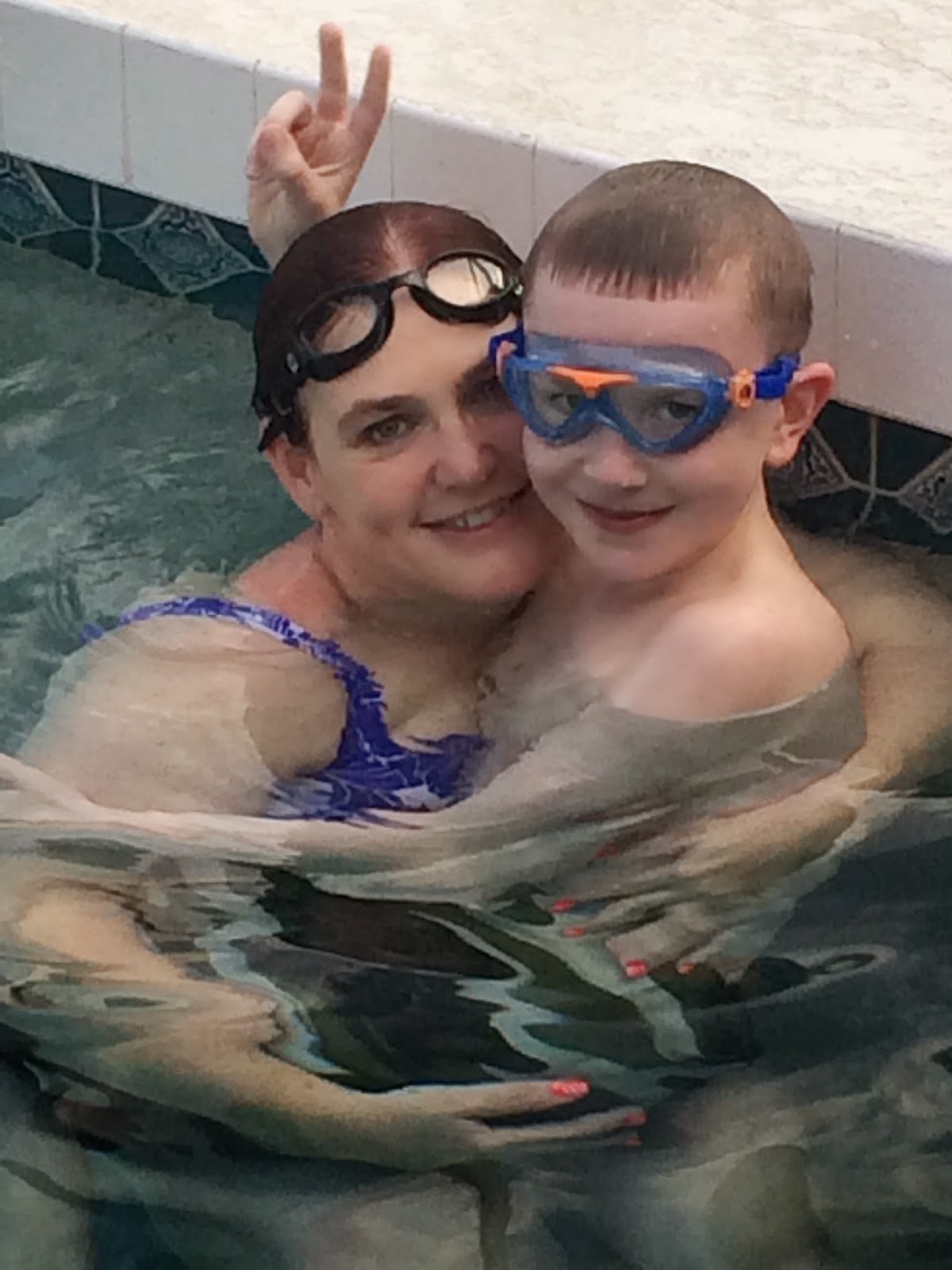 We headed to the Mote one rainy day, but the parking lot was overflowing, and the line was down the street for tickets. Too crowded! Maybe another time….Off we went to sample some frozen yogurt and hit the stores that day for some summer clothes.

We visited the always wonderful "Embracing Our Differences" art in the park…It's the 11th annual art in the park with billboard sized posters from student artists and writers all over the world with representation from local students as well. The message is "enriching lives through diversity" and it is a juried art show. The posters are amazing! 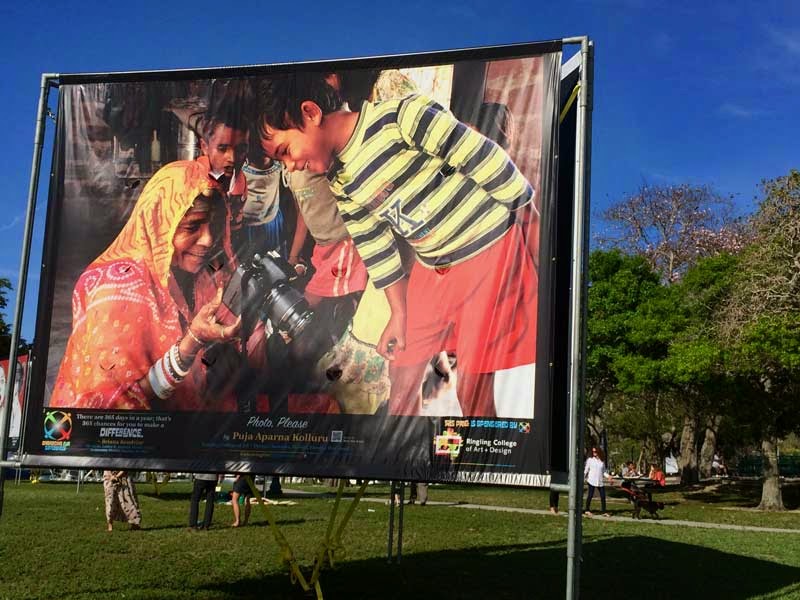 The thoughtful messages are wonderful! So glad kids are thinking about these things… 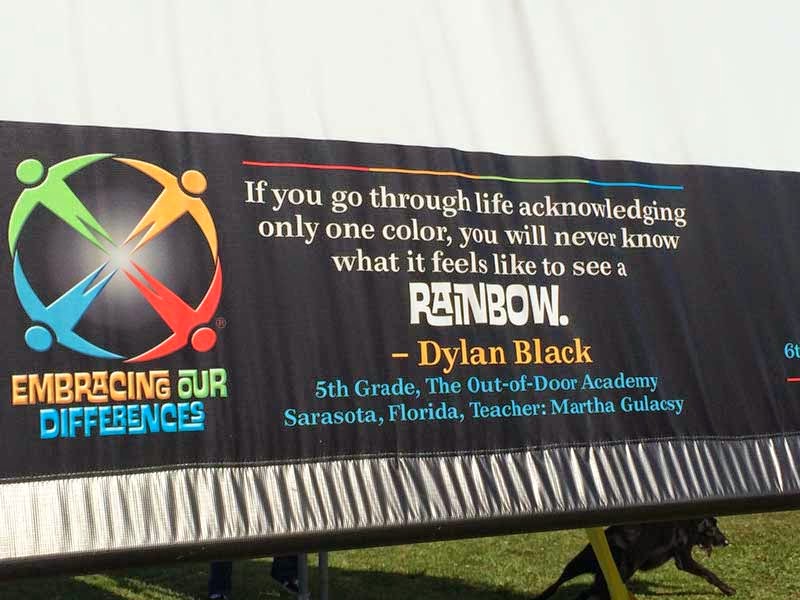 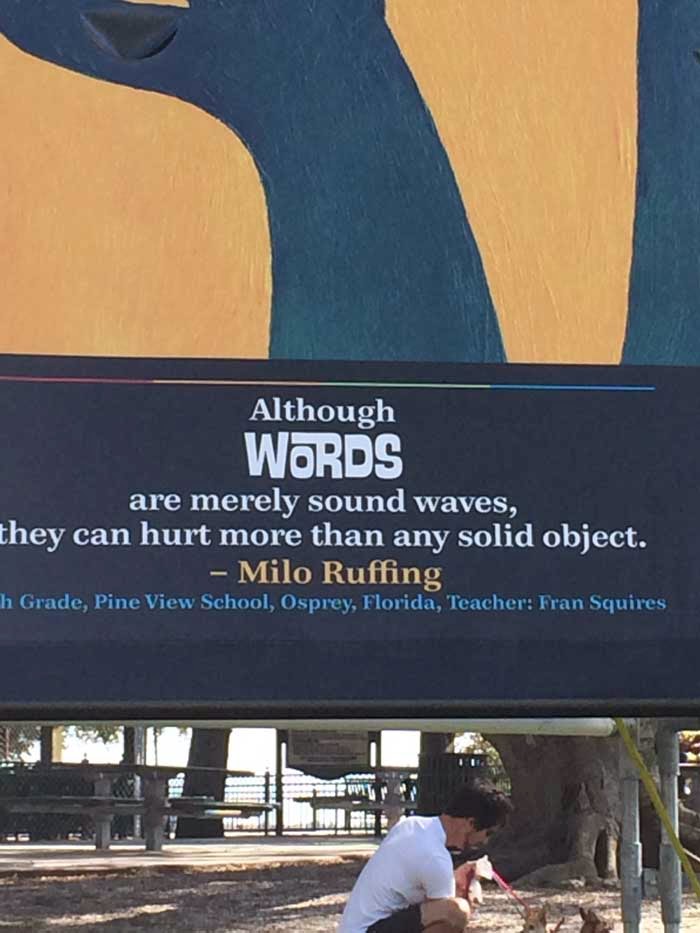 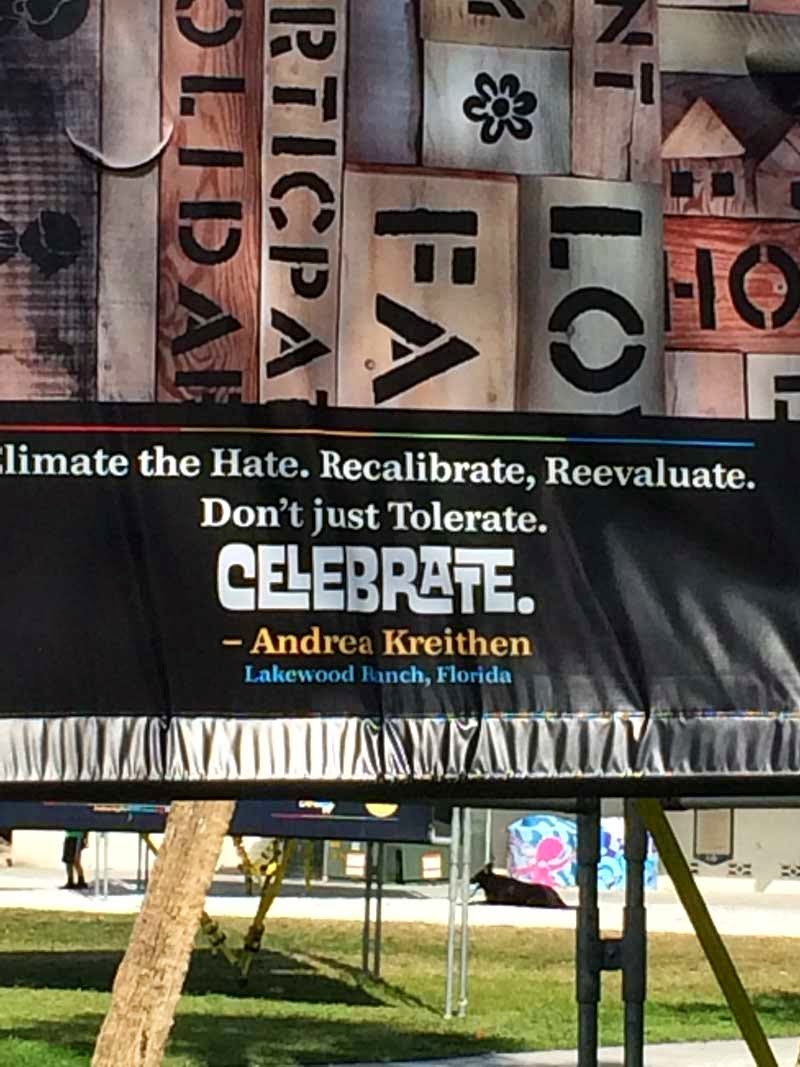 The artwork, photography and messages are very inspiring and moving….And what a fabulous location to have it, in sunny Sarasota at the Bayfront Park right at the marina and waterfront skyline of Sarasota. 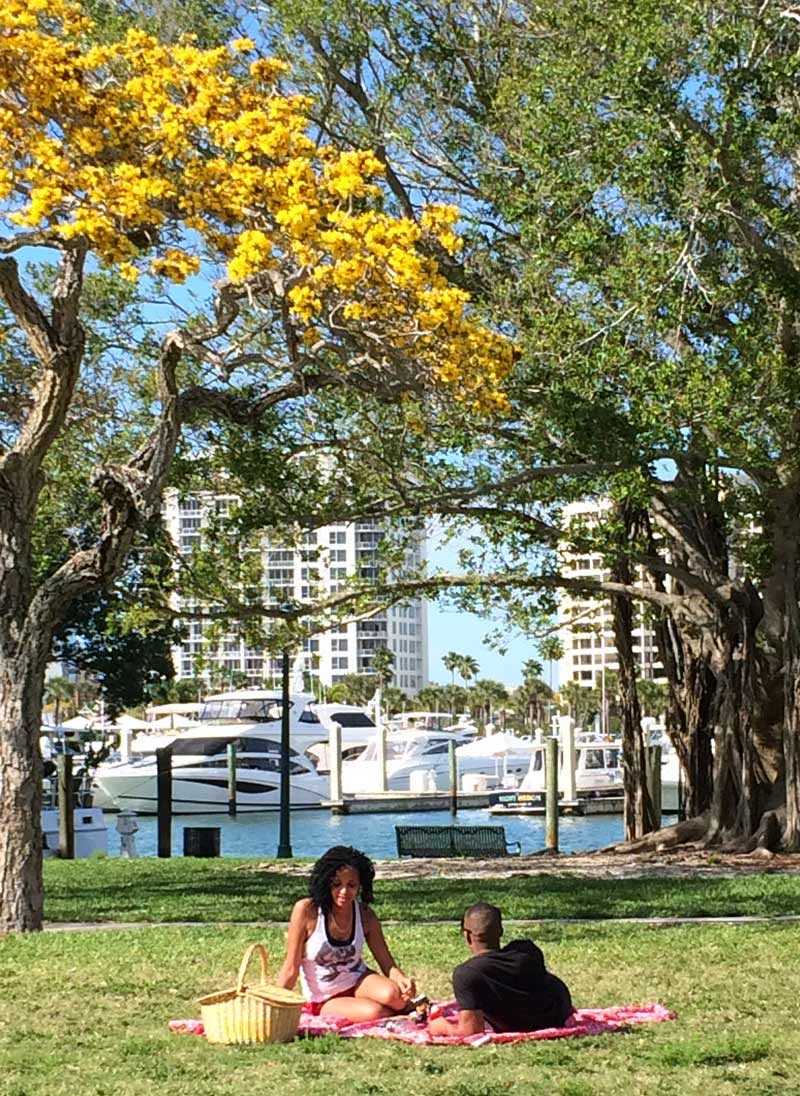 And then, wander just a little farther out of the park, and here comes a row of seasonal sculptures along the parkway beside Tamiami Trail (highway 41) in the downtown area…..Sarasota Season of Sculpture…..It's a non-profit group that sponsors these large scale sculptures every year during the spring. They are cool and are very visible from the road, but we like to walk the "promenade" to see them up close and personal and learn more about the artists who create them. 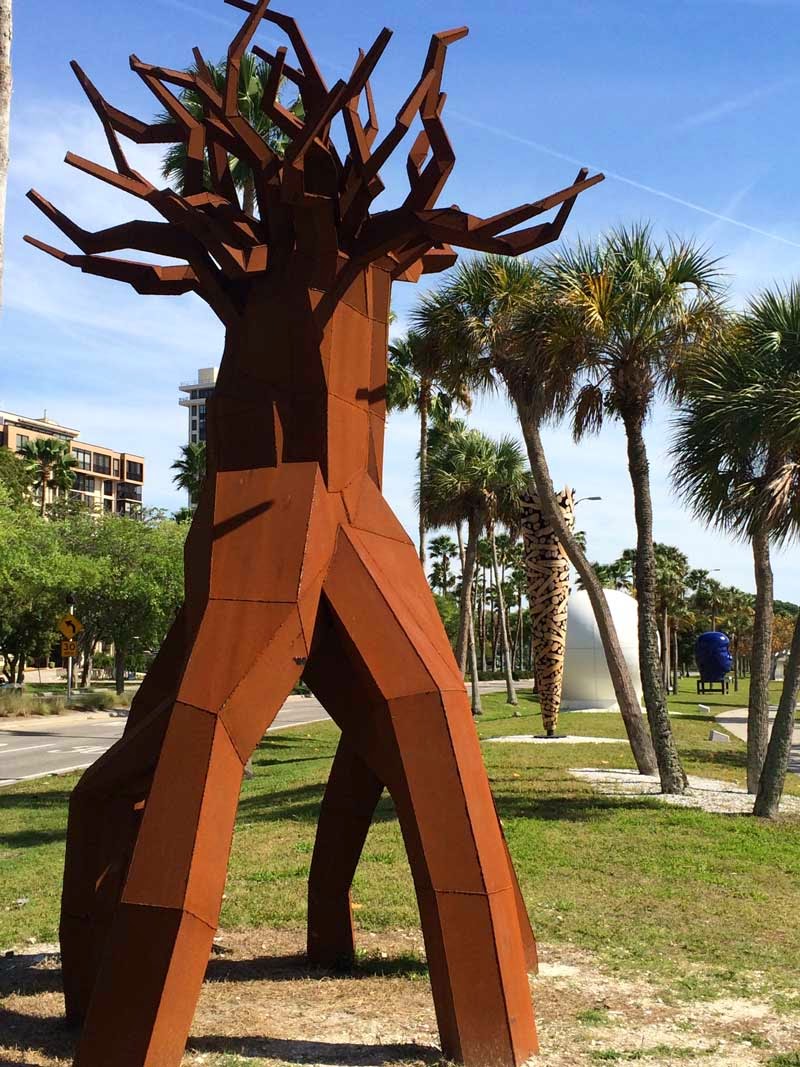 Interesting, eh? Or not so much, depending upon your taste in art….Sparky likes 'em….There were several more to see, but these two were Sparky's favorites….. 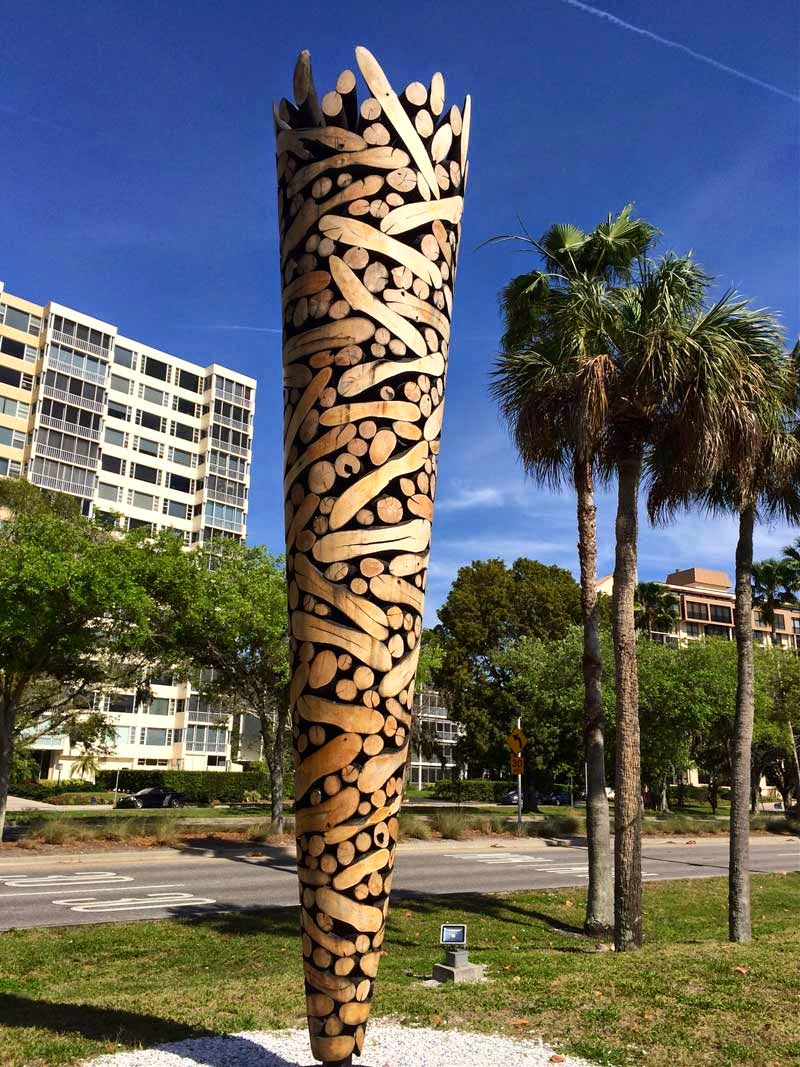 One last expedition to St. Pete's Beach, and the kids will be headed home….Think we are going dolphin watching tomorrow! See you later…...