Yesterday, Sparky went to the Chalk Festival in downtown Sarasota and today Eldo and Sparky both went to see how things were coming along…..WOW! The talent of the artists is incredible! 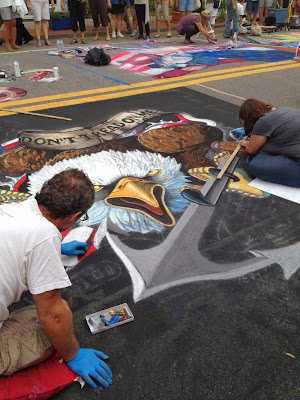 So many talented artists rendering their feelings and memories about loved ones or relatives or just honoring soldiers in branches of the military from past to present…. 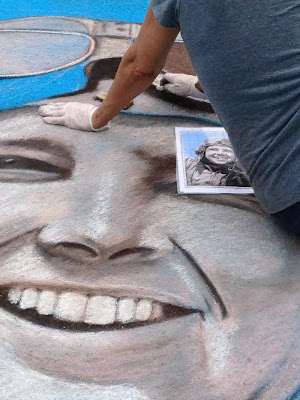 Native Americans were well represented….This is Glen Douglas, a veteran of three wars, who recently passed away…born a member of the Canadian Lakes-Okanogan tribe. 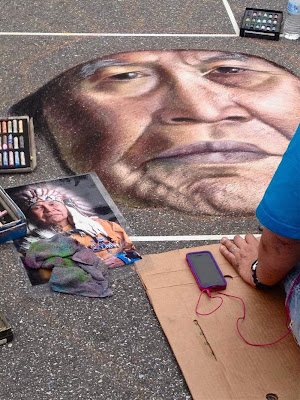 The Tuskegee airmen were honored….When we were traveling, we saw an exhibit about them which really sparked Sparky's interest in watching the movie Red Tails (2012) when it came out. 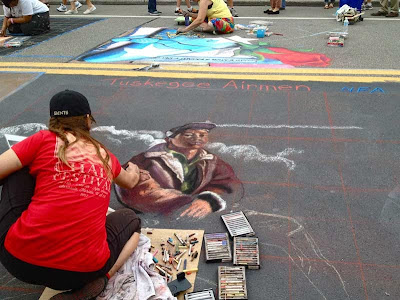 The 3D chalk painting was really cool…Here's what is looks like on the pavement….The artists are still working on it... 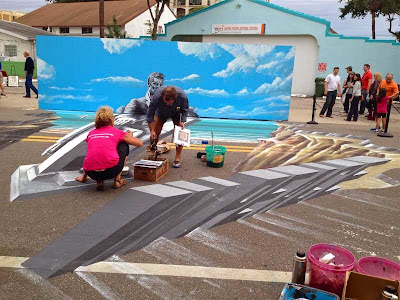 And here's what it looks like through the viewer…. 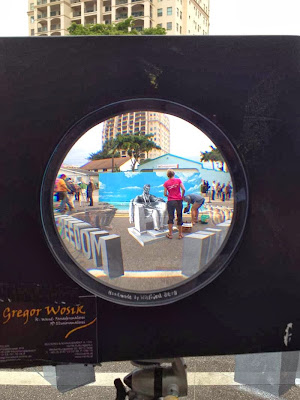 The ambitiousness of some of the projects was amazing….Several artists chose Norman Rockwell paintings to recreate as a symbol of patriotism…..Here's an illustration of one of Rockwell's illustrations… 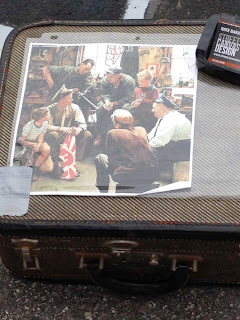 And here's how it's looking on day 2…..It's Sparky's favorite of the festival…. 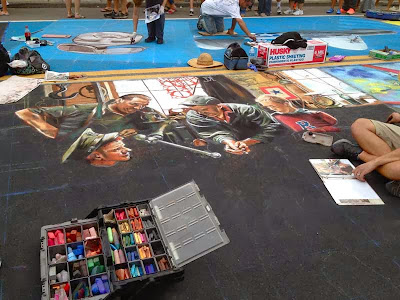 In addition to service men and women, animals were represented…. 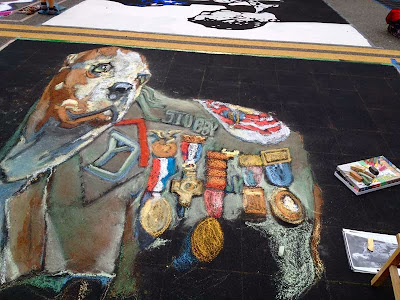 Past presidents….It's the 50th anniversary of John F. Kennedy's death this month….The artist did an awesome job on this portrait don't you think? 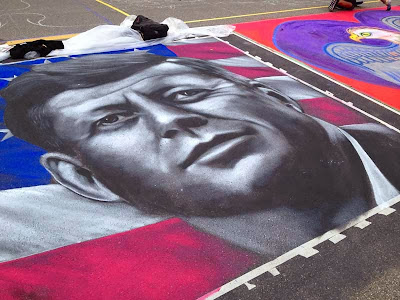 Here's another portrait of an army (?) doctor that was incredible! 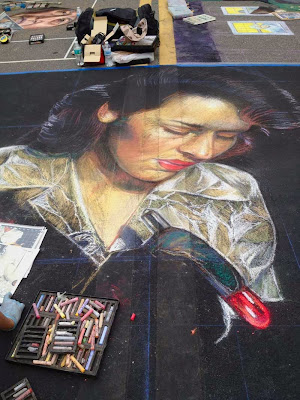 Artists come from all over the world to participate in this chalk festival….This jeep looks like it's coming right out of the pavement! 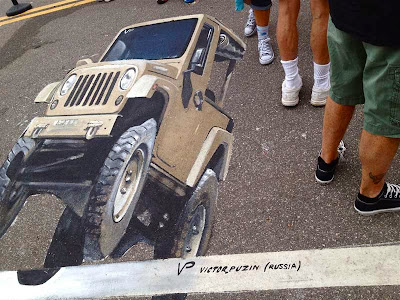 Sparky thought this was going to be Rosie the Riveteer, but it's not…. 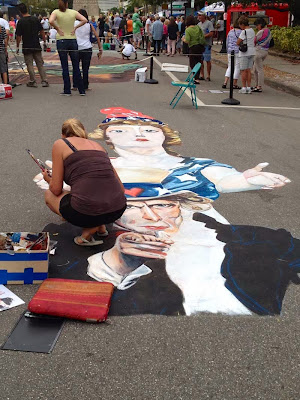 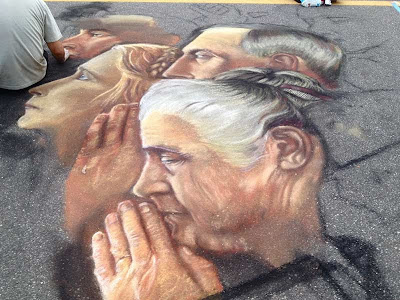 Thank you for coming along today….Bye for now…...
Posted by Jeannie and Eldy at 11:05 PM