Thanksgiving Weekend in the Keys Part 2

We had rented our bikes yesterday, so today we rode around town and checked out a few things..We rode our bikes to the Eco Discovery Center in Key West and explored a bit. There's lots to learn here about the reefs...The center has over 6,000 square feet of interactive exhibits, and a mock up of Aquarious, the world's only underwater ocean laboratory.  The exhibits show the ecology of the Keys' habitats. You can learn about the seagrass flats, the hard bottom, the coral reef, and deep shelf habitat.  Sparky did not know much about the reefs, as she has never snorkeled nor scuba dived, nor has she lived in a coastal area till now. 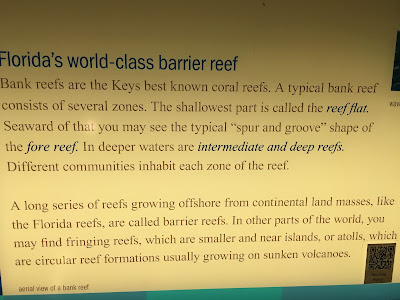 There's a theater there, too, where you can watch a short film about the ecosystem of the Florida Keys by Bob Talbot, a famous filmmaker. It was a very beautiful center and very informative. You could easily spend a couple of hours there. AND--it's FREE! 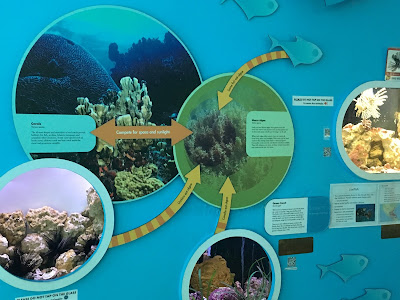 We didn't have much time to stay and learn today, but we'll definitely return on our next visit and soak up more information. Excellent family destination and highly recommended!

We then explored some of the back streets of Key West and found Fort Zachary Taylor Public Beach with the fort nearby. Beautiful public beach, you can get into the park on your bike for 2.50, for cars it was a 4.00 admission. The beach reminded Sparky of Coquina Beach on Anna Maria Island... 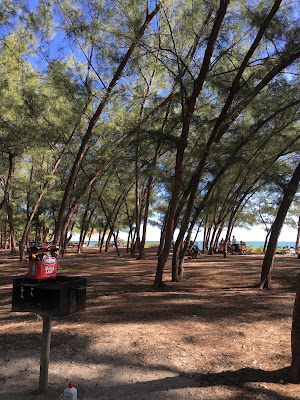 Lots of shade, lots of picnic benches, trails to walk, yoga classes, it's a beautiful beach area with lots of amenities, even a restaurant that looked nice! We had a cookout there.... 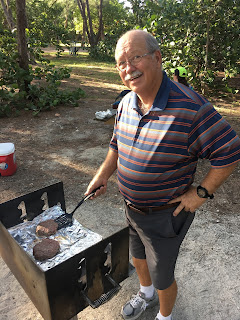 Sparky decided we didn't really need paper plates for burgers, how about coffee filters in a pinch? Except she brought salad and dressing which promptly soaked right through. (Silly girl! says E. I tried to tell her maybe we should get some....)

You can even watch cruise ships leaving the Keys right close up and personal in the channel next to the beach! We stayed long enough to watch the sunset.... 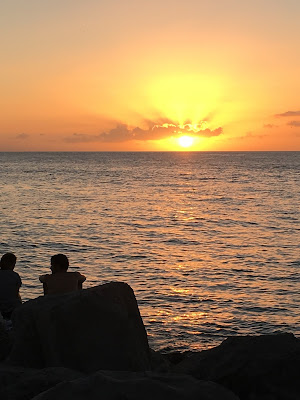 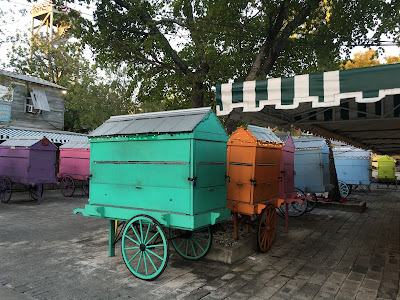 Our three days passed by way too quickly...Kelly even made time to run a 5K in and around Key West Saturday morning. It was fun getting up early to see her run... The early morning markets hadn't opened up yet.

Bike riding, the Eco Center, even a little night life....Key West has some WA-A-A-A-Y out there night life....Sparky wishes she had gotten a photo of the 6 1/2ft tall lady, er, guy in drag that almost dragged Eldy off the street and into the bar! Yikes! He couldn't walk fast enough to the opposite side of the street! :-)

We listened to some GREAT music that night at Willie T's....By the way, if you take a pedi cab, which we did just down Duval Street, don't be surprised if one of the drivers drops you off at the same bar we arrived at, which seemed at the time, a random suggestion. Later we figured out, that the pedaling driver actually probably got a tip for dropping us off at that particular bar, as he was wearing a tee shirt from that bar! An astute observation from Sparky's daughter, as Sparky was a little two sheets to the wind by then. :-) Eldo was hanging in there....

What else did we do while in Key West? Sparky ran around after chickens and roosters trying to catch a photo of a beautiful rooster that remained elusive to photographing, Sparky and Sparky, Jr., (that's Kelly, explains E.) climbed the lighthouse, all 88 steps, a small one compared to most, but still beautiful and a great view at the top. 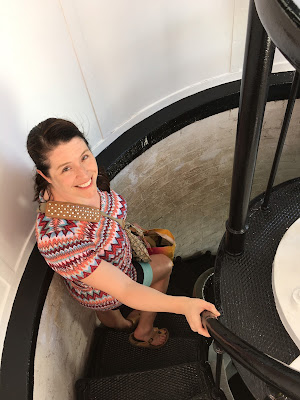 And of course, we biked to the southernmost point on the island. There was a line halfway down the block, so we didn't wait. We did a drive by shoot. (oooohhh, that's bad, frowns E.) First Sparky, then Kelly..... 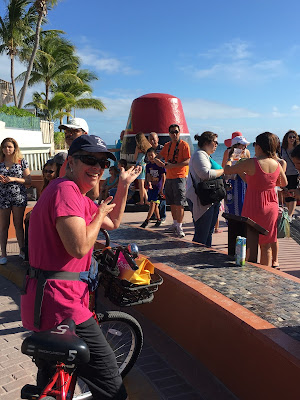 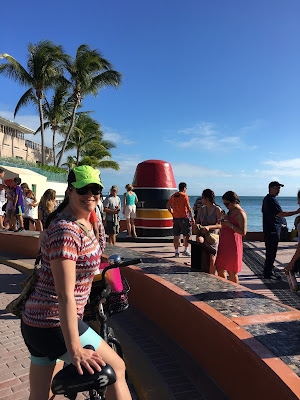 We heard some great street steel drum music from the reggae "mon"..... :-)
We watched some dancin' fools have a great time....And if you're there on a Sunday, on Duval Street, a bunch of guys dress up in sundresses just because it's "Sundress Sunday". 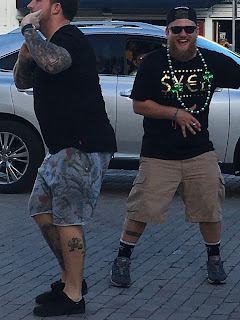 We ate at Sloppy Joe's--don't forget the web cam while you are there, go stand in front of the stage, and your friends and family back home can "look you up" on the cam. Wave HI! Then go buy some goofy souvenirs like these painted coconuts..... 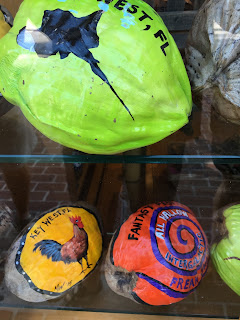 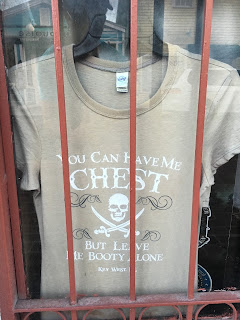 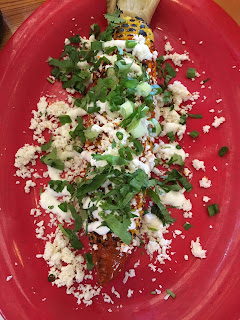 And don't miss, absolutely don't miss eating breakfast at the Blue Heaven, one of the coolest outdoor restaurants we have ever seen...pricey, but amazing atmosphere and excellent food....Tell 'em Sparky and Eldo sent you. :-) 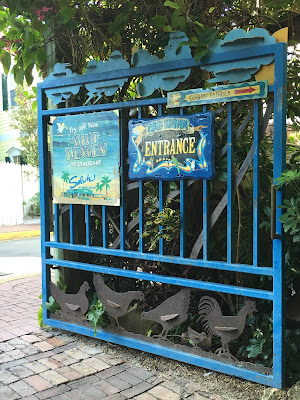 Safe travels....It might be awhile till we meet again and have something to report.....Happy Holidays to you and your family... 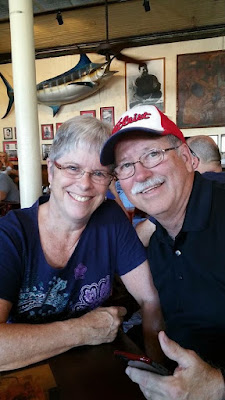